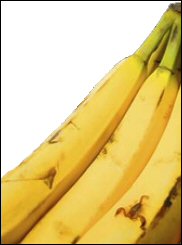 While researching stories that deal with history, I enjoy finding offbeat items, things that have happened in the past, which allows me the liberty to stretch the definition a bit and label them as history. Work can’t be all dullness and difficulty, and these items help make it fun. Which brings me to a list of some historically dangerous occupations: farming, logging, mining, and … produce manager?

Sounds ridiculous, right? Thousands have entered those other three occupations knowing full well the potential downside. Produce manager, on the other hand, seems pretty safe. But what would you choose—a job with the risk of injury, or a job that might one day “produce” your worst nightmare?

If you’re squeamish, you’d have to be bananas to choose the latter. But who in the Adirondacks and North Country, on our own home turf, ever expects to be attacked by scorpions or tarantulas? But it has happened, and far more than once.

Here are a few tidbits from the world of those bravest of souls: produce managers.

In 1891, a fruit vendor in Watertown was handling bunches of bananas when a scorpion slammed its stinger into his hand. Few scorpions can actually kill humans, but that hardly makes any scorpion attack more acceptable. In this case, quickly applying a tourniquet and rendering first aid lessened the victim’s suffering. The scorpion was said to be about six inches long.

In 1933, a two-inch scorpion stung Herb Sloan of Heuvelton (St. Lawrence County) three times. Suffering what was described as excruciating pain, he received first aid from a doctor and was then rushed to the hospital as his body temperature rose dramatically. He was accompanied by his attacker, who rode along in a jar.

Sloan later described what happened. “I ran my hand in among the bananas, when I suddenly felt a sharp, burning sting. When I yanked my hand out, I saw this ugly-looking thing attached to my fingers. Its jaws were clamped tight and its tail was whipping around. Three times it whipped its tail and ran the sharp needle at the end of it deep into my finger. I finally shook it off, and managed to get Dr. Mulholland without delay, then lost no time in getting to the hospital.”

In 1937, Medric Gandron, manager of the Whitehall (Washington County) A&P, likewise suffered a scorpion attack on his finger, requiring medical treatment and a recovery period.

Another job hazard for fruit handlers was tarantulas, and St. Lawrence County has had more than its fair share of incidents. Claude VanPelt of Gouverneur was bitten by one in 1901, and when William Kory of Potsdam was hanging bananas in his store, a tarantula with a six-inch leg-span fell to the floor. Kory escaped unscathed.

Like Kory, others had close calls but weren’t actually bitten, though the shock of finding a tarantula likely had lasting psychological effects. In 1910, at Long’s fruit store in Alexandria Bay, employee James Pollock was startled when one latched onto his shirt and tried to bite through the sleeve. And Fort Jackson’s Gladys Nichols, after grabbing fruit from a bag over a period of several days, discovered she had all the time been reaching into a tarantula’s adopted home.

Less lucky was Cliff McIntosh of Morrisburg. Talk about your nightmares?a tarantula got inside his clothes and bit him several times before it was killed. He endured extreme pain and swelling and was treated by a doctor.

Ed Chase, a store clerk in Whitehall, was bitten in 1920 by a tarantula that latched on so tightly, he couldn’t shake it off. A stick was used to remove it, and a doctor later amputated the tip of Chase’s injured finger.

Sol Drutz, owner of the Star Market in Saranac Lake, was unfortunate enough to have two spider stories connected to his store within a two-year span. Employee Margaret Duquette was bitten during the first episode, requiring “extensive medical treatment” before she recovered.

Then, in 1935, according to the Lake Placid News, “A lady tarantula, dreaded spider of the tropics, chose a Saranac Lake meat market as the ideal spot to hatch her young.” It was the store-owner’s mother, Annie Drutz, who had the pleasure of discovering the intruder.

In each and every instance above involving scorpions or tarantulas, there was one consistent factor: bananas. So remember that if a problem arises, you heard it here first?eating bananas can lead to serious health issues.