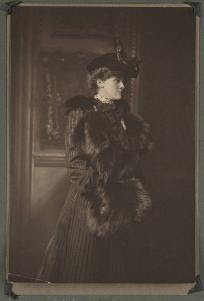 New York City’s Historic Districts Council and the Historic Landmarks Preservation Center have commemorated the life and work of Edith Wharton, author of “The House of Mirth” and “The Age of Innocence” with a historic plaque. Born in 1862 at 14 West 23rd Street in the Ladies’ Mile Historic District, Wharton was a chronicler of New York City’s Gilded Age and trendsetter for her generation.