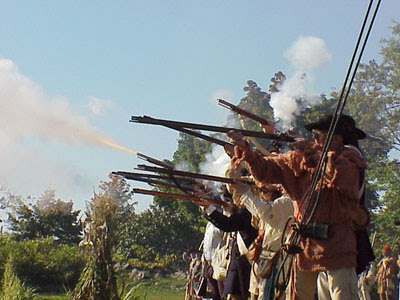 On October 16, 1777, during the British campaign to control split the colonies, a fleet of 23 ships and 2,000 troops sent North toward Saratoga under General Vaughn stopped at Kingston, then capitol of New York, and burned every building but one.

There is no admission fee to attend this event and as usual Senate House will be open for tours. Admission to Senate House is $4 for adults, $3 for seniors & students and children 12 & under are free.

Senate House State Historic Site is part of a system of parks, recreation areas and historic sites operated by the New York State Office of Parks, Recreation and Historic Preservation, and the site is one of 28 facilities administered by the Palisades Interstate Park Commission in New York and New Jersey. For further information about this and other upcoming events please call the site at (845) 338-2786.