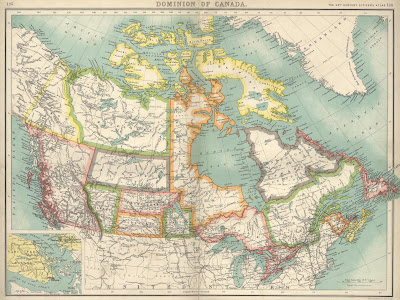 Eastman’s Online Genealogy Newsletter is reporting that Library and Archives Canada has placed the 1871 census online. 1871 marked the first regularly scheduled collection of national statistics. The information covers the four provinces that were part of the Dominion of Canada in 1871: New Brunswick, Nova Scotia, Ontario and Quebec.

The online database provides digitized images of original census returns featuring the name, age, country or province of birth, nationality, religion, and occupation of Canada’s residents at the time. The database is searchable by nominal information such as Name, Given Name (s) and Age, and/or geographical information such as Province, District Name, District Number, and Sub-district Number.

The 1871 Canadian Census is available free of charge at: www.collectionscanada.gc.ca/databases/census-1871/index-e.html