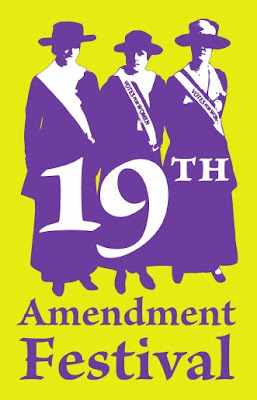 A 19th Amendment Festival will be on Saturday, August 20, 2011 from noon to 5 p.m., in the Susan B. Anthony Park between Madison and King streets in Rochester, NY. The event celebrates the ratification of the 19th amendment in 1920, finally giving women the right to vote, after a campaign that lasted more than 70 years.

Music and entertainment in the park will be provided by the Hochstein School of Music and Dance as well as the Genesee Harmonic Society of the Genesee Country Village and Museum. Authentic nineteenth-century baseball demonstrations will be provided by Genesee Country Village’s women baseball team, in period costumes, following the rules and etiquette of the game as it was played in the 1800s.

Walking tours of the historic 19th century Historic Preservation District will also be offered. Tours of the Anthony House will be available beginning at 11 a.m. at the special admission price that day only of $5.00 for all ages. Food and craft vendors will be set up in the park.

Deborah Hughes, executive director of the Susan B. Anthony House, said, “We hold this event each year just before August 26, the date the 19th amendment was officially declared law by the Secretary of State after it was ratified by the required number of states. It’s a wonderful celebration of Susan B. Anthony’s life and work and of all the women and men who campaigned so long and so fervently to win voting rights for women.”

The National Susan B. Anthony House and Museum preserves the National Historic Landmark where the great reformer lived for 40 of her most politically active years, collects and exhibits artifacts related to her life and work, and offers programs through its learning center that challenge individuals to make a positive difference in their lives and communities.