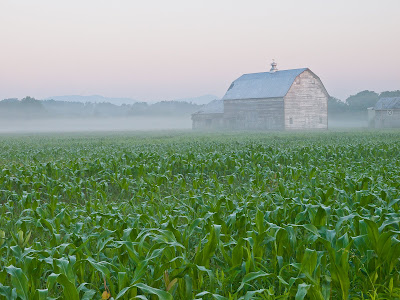 Olana has announced the opening of a new exhibition by photographer Brandt Bolding entitled FARM: Agricultural Life of the Hudson Valley. The exhibit in the recently restored Coachman’s House Gallery at Olana State Historic Site.

In 1860, Frederic Church purchased approximately 126 acres of farmland and immediately set out to build a new “farm house” for his family. The artist expanded his land holdings over the next ten years and ultimately moved his family to the larger stone-and-brick house he built near the summit of the hill, but he continued to work on and operate a farm at Olana for the rest of his life. Church was proud of his farming accomplishments, writing friends and family of the success of his orchards, vegetables, and livestock.

The FARM exhibit coincides with extensive farm restoration work about to begin in Olana’s historic farm complex. The Olana Partnership and Olana State Historic Site have secured two major grants to focus on restoring Frederic Church’s farm. Over the next several years, meadow and orchard restoration projects will return the neglected farm to potentially active agricultural use. “According to a report of the American Farmland Trust, every hour we lose 125 acres of farm and ranch land in the U.S.,” reports Olana Partnership President Sara Griffen. “By focusing on the restoration of Olana’s farm we hope to play a small role in ensuring the agricultural future of Columbia County.”

Photographer Brandt Bolding states, “through extensive travels photographing and documenting the farms of northeastern America I am attempting to bring awareness of just a small part of what is at stake. Nowhere is this more of a concern than in the Mid-Hudson Valley…where citizens, and civic organizations large and small rally to preserve the irreplaceable beauty of our landscape from less than circumspect development.”

The photos included in the exhibition will be printed by the photographer in a limited edition of twelve and are available for purchase in the Olana Museum Store. The exhibit will be open every day through October 30, 2011 at Olana State Historic Site, 5720 State Route 9G, Hudson, New York.

Brandt Bolding’s photographs have been exhibited in galleries and museums throughout the northeastern part of the U.S. and have appeared in newspapers, journals, and publications by various preservation organizations in New York State. His work on agricultural life will be the subject of a solo exhibition at the Arkell Museum in Canajoharie, NY, later this year. Two of his photographs appeared in the book entitled Old Homes of New England: Historic Houses in Clapboard, Shingle, and Stone published by Rizzoli in April 2010.