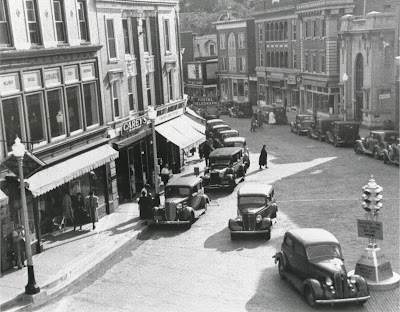 The exhibit portrays a vibrant little city with a prospering and diverse economy. Saranac Lake grew quickly in the early 1900s to accommodate thousands of health seekers that came to the village seeking the fresh air cure for tuberculosis, made famous by Dr. Edward Livingston Trudeau. The exhibit features the unique architecture of the village as well as photos of local residents at play and at work.

The photograph exhibit replaces an earlier exhibit on World War I in Saranac Lake. The exhibit will be on display for twelve months. Plans are underway for a new, comprehensive exhibit on Saranac Lake history to be installed in the John Black Room in 2012.

The Saranac Laboratory Museum opens June 22. The public is invited to visit the new photo exhibit and the laboratory museum space during regular hours through October 7, Wednesday through Friday from 10:00 to 2:00, or any time by appointment. Admission is $5 per person, members and children free of charge.