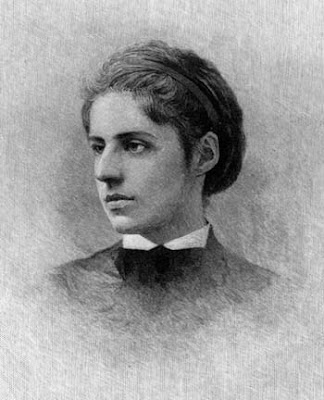 Sing a Song of Freedom: The Story of Emma Lazarus and the Statue of Liberty, a new play celebrating Lady Liberty’s 125th year, dramatizes how the writer’s poem “The New Colossus” transformed the beloved Statue into a symbol of welcome. The show opens at the Ellis Island Immigration Museum’s intimate Living Theater for a limited run beginning April 16 through Labor Day weekend. Written by playwright/director Ken Urban, the 30-minute play also features stories of immigration.

A gift from France to the American people, the Statue of Liberty was dedicated October 28, 1886. In 1982, President Ronald Reagan appointed Lee Iacocca to head up a private sector effort to restore the Statue of Liberty for her centennial. Fundraising began for the $87 million restoration under a public/private partnership between the National Park Service and The Statue of Liberty-Ellis Island Foundation, Inc., and on July 5, 1986 the newly restored Statue re-opened to the public during Liberty Weekend. The famous sonnet written by poet and essayist Emma Lazarus (shown here) in 1883 is engraved on a bronze plaque which has been affixed to the inner walls of the pedestal since the early 1900&#8242-s.

Ellis Island Living Theater performances, which are both educational and entertaining, are especially popular with students, scout troops, day campers, religious groups, senior clubs, and families. Reservations for Sing a Song of Freedom: The Story of Emma Lazarus and the Statue of Liberty are accepted for groups of 10 or more. Since the theater seats 56 people, some groups may have to schedule multiple shows. Please note that the National Park Service, which administers Ellis Island and the Statue of Liberty, requires one chaperone for every ten children. Individuals without reservations are encouraged to purchase their tickets upon entering the museum.

For more information or to make reservations, contact The Statue of Liberty-Ellis Island Foundation at 212-561-4500, ext. 0 or theater@ellisisland.org. More on Sing a Song of Freedom: The Story of Emma Lazarus and the Statue of Liberty can be found online.

The Actors employed in this production are members of Actors’ Equity Association, the Union of Professional Actors and Stage Managers in the United States.

One thought on “Live Theater Returns to Ellis Island”