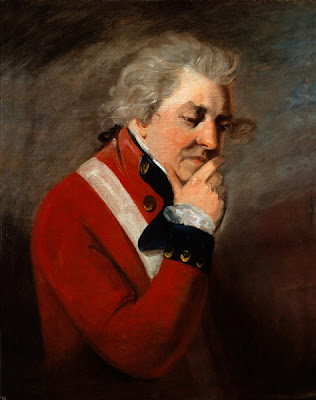 On Saturday, April 9 from 7pm to 9pm in Saratoga Town Hall on Spring Street (Rte 29) in Schuylerville, “Burgoyne’s Gold – A Murder Mystery” set in an 18th-century candle-lit “tavern,” with light refreshments, merriment, mystery, and murder. Tickets cost $17.77 with all proceeds benefiting the Friends of Saratoga Battlefield.

Shortly after the American victory in the Battles of Saratoga people are searching for the rumored fortune in gold that British General John Burgoyne buried before his surrender in 1777. Participants will be asked to put on their detective caps for an evening of unique entertainment by blending the lore of British General John Burgoyne’s hidden gold with portrayals of local historical figures, stirring in fictional characters and adding a dash of “homicide.”

Written by O’Connor’s Murder by Design, Diane and Steven O’Connor have produced interactive murder mystery fundraisers since 1989, raising over $200,000 for local non-profits.

Light refreshments using 18th-century recipes include meat and vegetable pasties made by BOCES Culinary School and cookies made by Doris Olszewski, plus tea, coffee and apple cider. For more information about the event call 664.9821 ext. 227.

Reservations must be made in advance by emailing megan stevens@nps.gov or calling 518.664.9821 ext 219. Sorry, no walk-ins allowed.