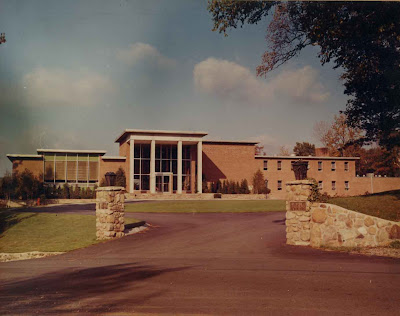 The Adirondack Museum received the materials as a donation from Ronald DeLair, the firm’s final principal. According to museum librarian Jerry Pepper, the process to receive the collection began in the late 1970s. Official transfer of custody was completed in the late summer, 2010.

Pepper notes that DeLair took extraordinary care of the collection over time, and that the extensive material is very well organized. The collection is diverse as well as wide-ranging. The index alone is comprised of forty single-spaced pages.

Including thousands of architectural drawings and renderings for camps, residences, businesses, sanitarium, Olympic facilities, municipal buildings and churches, a certificate signed by President Theodore Roosevelt, as well as forty boxes of records and three-dimensional models, the collection documents some of the region’s most important architects.

Coulter was the first resident architect to establish a practice in the Adirondacks. Distin was a pioneer of the Adirondack style of architecture. A sample of his classic designs include “Camp Mossrock” on Upper Saranac Lake, “Camp Wonundra” built for William Rockefeller in 1934, and Eagle Nest, designed for Walter Hochschild in 1938.

Westhoff was a member of the original class at Pratt Institute and introduced a Swiss motif into the firm’s repertoire. Wareham completed design work for the Trudeau Institute and worked on numbers of libraries and municipal buildings. DeLair designed fewer camps than his predecessors, concentrating on public projects.

Wareham DeLair Architects, which celebrated it centennial in 1997, is the fifth oldest firm in continuous practice in New York State.

In addition to capturing the wide spectrum of regional architecture, the collection also illustrates changing tastes and building technology over time, and provides a unique and invaluable insight into the history of the Adirondacks.