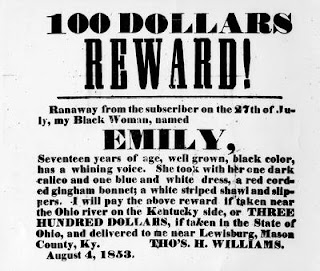 During &#8220Slavery in New York? Slavery Today?&#8221, a two-day Convention being held Friday, December 3rd and Saturday, December 4th, experts on contemporary slavery and human trafficking will be joined by scholars, historians, victims advocates, lawyers, investigative reporters, musicians, and the general public to examine slavery and trafficking in New York State and ways to end it. Events will take place around the Lake Placid area.

New Yorkers have long regarded slavery as a southern institution. However, the 1991 discovery of the African Burial Ground in Lower Manhattan offered irrefutable evidence that New York was a veritable slave society for hundreds of years. Recent research and fresh scholarship have begun to mine a long-buried history. As New Yorkers begin to remember and commemorate the 150th anniversary of the Civil War, examining the State’s dual legacy of slavery and freedom will shed new light on the complex narrative of our past.

Although largely erased from official history and collective memory, New York “promoted, prolonged and profited from” slavery from the 1620s through the 1850s. Slave labor was here at the start of New Netherland and it continued throughout the British colonial period with such intensity that at times during the seventeenth and eighteenth centuries, New York City had a larger slave population than any other city in North America.

Around the world today, slavery is still alive and well, generating billions of dollars along the supply chain of labor and products that make much of our daily lives possible. Though a crime in nearly every country, roughly 27 million people are enslaved worldwide today, including nearly 55,000 people in the United States. In the State Department’s 2010 report on human trafficking across the globe, the U.S. was identified as a “source, transit and destination country for men, women, and children subjected to trafficking in persons, specifically forced labor, debt bondage, and forced prostitution.”

According to the Washington, D.C.-based Free the Slaves, slaves are found in nearly all 50 states, from farm fields and orchards to hotels, restaurants, private homes, factories, sweatshops, brothels, and construction sites. Immigrant populations, both documented and undocumented, are especially vulnerable, but native-born Americans are not immune to being enslaved and trafficked. New York, along with California, Florida and Texas, ranks among the states with the greatest incidence of documented slavery in the country.

* Florrie Burke, Co-Chair of Freedom Network (USA), expert on the treatment of trafficking victims and one of the first social services respondents to Deaf Mexicans forced to sell trinkets on the New York City subway in the mid-1990s-

* Ron Soodalter, author of Hanging Captain Gordon: The Life and Trial of an American Slave Trader and co-author with Kevin Bales of The Slave Next Door–

7 pm-9 pm Slavery, Film & the Shaping of an American Conscience at Lake Placid Center for the Arts