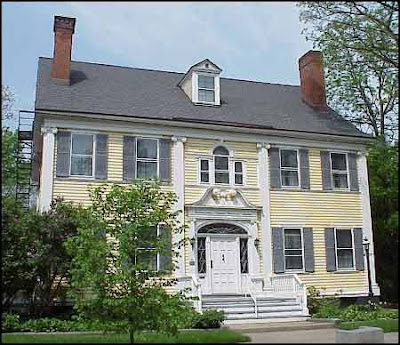 The recent acquisition by the Schenectady County Historical Society (SCHS) of the portrait of Laurens Van Der Volgen attributed to Nehemiah Partridge lead to the exhibit “Faces of Schenectady 1715-1750” running now through November 1st at the SCHS. Portraits of Schenectadians who were neighbors of Van DerVolgen in “Old Dorp” (now the Schenectady Stockade historic district) are included in the exhibit.

These twenty portraits have never been shown as a group before. Three are in the SCHS collection. Most of the portraits are in other museum collections and four in unknown locations. The portraits are attributed to Nehemiah Partridge, Pieter Vanderlyn and John Heaton. The sitters in addition to Laurens Claese Van Der Volgen include Gerrit Symonse Veeder and his wife Tryntje Otten Veeder, Caleb Beck and his wife Anna Mol Fairly Beck, Jacob Glen and his wife Sarah Wendell Glen, Deborah Glen, John Sanders, Catherine Van Patten and Adam Swarth, Helena Van Eps and Tobias Ten Eyck

Laurens Claese Van Der Volgen was an important figure in colonial New York history. He was captured by the Mohawks as a young lad during the infamous attack on Schenectady in 1690 and taken to Canada where he became immersed in native American customs and ways and learned the Mohawk language. He returned to Schenectady about ten years later. His
knowledge of the customs and language of the native Americans made him a valuable asset to the New York Provincial government. He was appointed by the governor of the province as interpreter and liaison between the natives and the New York provincial government a post he held until his death in 1742.

Laurens translated part of the Dutch Reformed Prayer book into the Mohawk language. The prayer book was printed by William Bradford an early printer in NYC in 1715. The
portrait of Laurens, another portrait of a young child and other family memorabilia were donated to the SCHS by a descendant of Laurens Claese Van Der Volgen.

There are several Schenectady portraits from this period that are known to exist but their location is unknown e.g. Barent Vrooman, John Dunbar and his wife Jeanette Von Egmont Schermerhorn and Cornelius Van Dyke. The Vrooman portrait is attributed to Pieter Vanderlyn, the other three are attributed to Nehemiah Partridge. The Society would appreciate hearing from you if you know of their whereabouts.

Ona Curran is guest curator of the exhibit and author of the catalog. Kate Weller is curator. A seminar scheduled for mid October is in the planning stages. Topics will include the portraits, the artists and the sitters, the use of mezzotints in early portraits, the use of engravings from the early Dutch bibles in paintings, early printing and the Mohawk prayer book and the role of the interpreter in colonial New York relations with the native Americans. If you have questions contact Ona Curran ocurran@nycap.rr.com or Kate Weller curator@schist.org