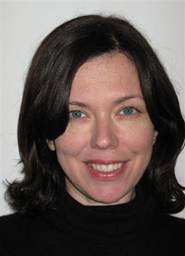 The Hyde Collection Executive Director David F. Setford has announced that Erin B. Coe has been promoted to deputy director, curatorial affairs and programming, which went into effect January 1, 2010.

Coe, who has served The Hyde as chief curator since 1999, was also appointed deputy director in 2007. In her new capacity, she will continue to serve as the Museum’s chief curator and take on additional responsibilities including overseeing the education department. In her expanded role, she works closely with The Hyde’s director of education on developing and growing the Museum’s offerings of adult programs and outreach initiatives.

“Erin is one of The Hyde’s true assets,” said Setford. “Her knowledge of art and Text Box: Erin B. Coe, deputy director, curatorial affairs and programming, The Hyde Collectionthe museum world, along with her strong connection to the community, make her the perfect person to oversee both the curatorial and programming activities of the Museum.”

Coe served as in-house curator for last year’s highly successful Degas & Music exhibition and has curated more than twenty-five exhibitions at The Hyde Collection. She is responsible for the current exhibition, An Enduring Legacy: American Impressionist Landscape Paintings from the Thomas Clark Collection, on view in the Charles R. Wood Gallery through March 28, 2010. She recently authored an article for the prestigious American Art Review and has written for several other national periodicals, including The Magazine Antiques and the Catalogue of Antiques and Fine Art.

During her tenure at The Hyde, she oversaw the interior restoration of Hyde House, the Museum’s historic building and has been the recipient of several honors including The Business Review’s “40 Under Forty”and the Brunshwig & Fils Scholarship to attend the prestigious Attingham Summer School for the Study of Architecture, Fine, and Decorative Arts in the U.K.

Coe has served on several area boards, including the Marcella Sembrich Memorial Association, and the Lake George Arts Project. She currently serves on the board of the de Blasiis Chamber Music Series.