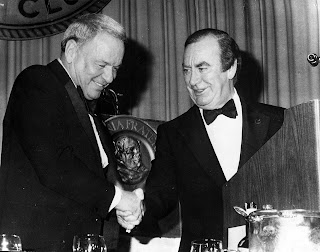 In an ongoing effort to make records more accessible, the New York State Archives collaborated with former New York Governor Hugh L. Carey’s director of communications, William F. Snyder, and the Carey family to create an online digital collection from the Archives’ gubernatorial records of Hugh Carey in celebration of the governor’s 90th birthday in April 2009.

Archives staff worked with Snyder and the Carey family to select and identify approximately 400 photographs from Carey’s two terms as state governor, his family pictures, and his congressional career. Governor Carey’s legacy was firmly established in the early years of his administration when he provided the strong leadership needed to rescue New York City from bankruptcy. A lifelong Democrat, Governor Carey is also remembered for his fierce advocacy on behalf of the disabled and for the I Love New York campaign that energized tourism in New York.

The photos can be found at http://www.archives.nysed.gov/d/.