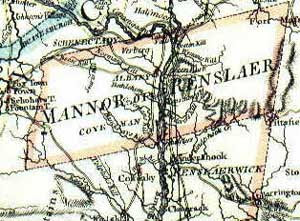 Friends of the New York State Library are presenting a program entitled &#8220The Van Rensselaer Era&#8221 that features Stefan Bielinski and Charles Gehring with senior librarian Fred Bassett. The program, which unfortunately costs $35 per person, will be held this Thursday, April 23, 2009 at 1:00 p.m at the Huxley Theatre of the Cultural Education Center (Madison Avenue between Eagle and Swan Streets in Albany).

Stefan Bielinski, founder and director of the Colonial Albany Social History Project (a model community history program at the New York State Museum), will describe and depict the individual members of the Van Rensselaer family, Albany’s &#8220First Family&#8221 within the city context for the period 1700-1860 (1:00-1:55 p.m.).