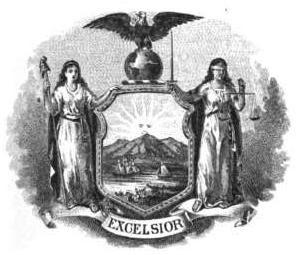 Four your information, I’m reprinting here a letter from the New York Council for the Humanities Executive Director Sara Ogger, regarding the threat to the Council’s funding:

The NY Council for the Humanities stands to lose a significant portion of its state funds, unless the Assembly and Senate rise to the occasion and demand restoration. With the budget resolution currently underway, there is not a moment to lose. We are counting on you to urge your legislators to restore these vital funds!

To tell your legislators how important the public humanities are to you and explain what your community stands to lose if funds are not restored, please click here: Write Your Legislators.

We’ve provided sample letters that will be sent to your State Assemblymember and Senator. You may customize the letters by telling your own story about the Council’s grants and programs &#8211 or just hit send! Each letter sent strengthens our case for restoration of much-needed state funds for FY2011 &#8212- funds that will help us to enrich communities like yours with reading and discussion series, lectures, exhibits, and more.

Thank you for taking a moment to send letters to your legislators. Your support could not come at more crucial point.

This past month, the New York Council for the Humanities awarded more than $300,000 in major grant funds to 22 organizations located in 14 counties in New York State. Awardees were selected from a pool of 60 applicants, a 35% increase from this time last year. Below is a complete list of awarded projects.

The Adirondack Museum
Blue Mountain Lake, Hamilton County
Awarded $20,000 for Let’s Eat!: Adirondack Food Traditions
An exhibition exploring the development of Adirondack food traditions from the 19th to the 20th centuries with a focus on the local environment.
Awarded January 15, 2010

Albany Institute of History and Art
Albany, Albany County
Awarded $2,500 for 2010 Hudson River Lecture Series
A series of four illustrated lectures about different aspects of the cultural and social significance of the Hudson River.
Awarded January 11, 2010

Chemung County Historical Society
Elmira, Chemung County
Awarded $8,181 for Mark Twain in Elmira
An exhibition celebrating Mark Twain’s ties to the community of Elmira on the occasion of the anniversary of his birth.
Awarded January 15, 2010

Geneva Historical Society
Geneva, Ontario County
Awarded $10,310 for Geneva’s Changing Landscape
Development of a permanent exhibition about the history of Geneva from the 1700s to the present, using the lens of environmental history.
Awarded January 15, 2010

Old Fort Niagara Association
Youngstown, Niagara County
Awarded $11,370 for Anglo-Native Relations on the Niagara Frontier, 1759-1764
A combination of special lectures and daily programs designed to examine the cross-cultural interactions at the fort between Iroquois people and Europeans.
Awarded January 15, 2010

Slate Valley Museum Foundation
Granville, Washington County
Awarded $13,845 for Cultural Expressions in the Slate Valley
A series of six programs exploring the impact of various immigrant groups who came to the Slate Valley region between 1850 and 1930.
Awarded January 15, 2010

Southampton Historical Museum
Southampton, Suffolk County
Awarded $2,150 for Southampton Women Who Made a Difference
An exhibition exploring the influence of the Southampton women and their work from different historical periods and cultures.
Awarded January 9, 2010

SUNY Oswego, School of Communication, Media and the Arts
Oswego, Oswego County
Awarded $7,884 for From Global to Local: Diaspora, the Arts and Community
Weekly radio programs over a two-month period exploring issues of immigration and globalization as it relates to Central New York.
Awarded January 15, 2010

Underground Railroad History Project of the Capital Region
Troy, Albany County
Awarded $19,686 for Gender, Class, Race and Ethnicity in Abolitionism, on the Underground Railroad, and in the Struggle Since
Three days of programming related to the history of the Unde
rground Railroad in New York State and beyond and its contemporary implications.
Awarded January 15, 2010

The NY Council for the Humanities will be providing Martin Luther King, Jr. & Inauguration Day online programs to encourage community dialogue about the history of race in America. January offers two unique opportunities to host conversations about our nation’s past, present, and future: Martin Luther King, Jr. (MLK) Day on January 19, 2009 and Inauguration Day on January 20, 2009. The New York Council for the Humanities is encouraging the use of these important occasions to organize community conversations focused on a short, shared text and a set of open-ended, thought-provoking questions. The Council will provide easy-to-use web pages, texts, and questions as well as suggestions for how to shape a respectful, engaging dialogue. All you have to do is provide a space and someone to facilitate the discussion-then invite the community.

Online resources available for MLK Day will include: An excerpt from Dr. King’s speech The Drum Major Instinct in both text and audio formats along with a series of questions and guidelines for starting and sustaining good conversations.

Online resources available for Inauguration Day will include: A written transcript and audio of the Inaugural Address, a set of questions written immediately following the address (to be used for conversations held later that day), and guidelines for starting and sustaining good conversations.

If you’d like to host a community conversation on either MLK Day (January 19) or Inauguration Day (January 20), send the Council an email today at [email protected] they’ll notify you as soon as the online resources are available.

The New York Council for the Humanities has announced a host of special programs and initiatives in conjunction with the upcoming Hudson-Fulton-Champlain Quadricentennial including:

Mini Grants of up to $2500 for the planning and execution of public programs related to the 400th.

Reading Between the Lines reading and discussion series focused on 400th-related themes.

Speakers in the Humanities 400th lectures available to New York State groups for a nominal fee.

To learn more about the 400th and the Council’s key role in its celebration visit the 400th website.

Upstate History Alliance and Museum Association of New York are calling for participation in their recently reorganized annual conference. According to their web site, &#8220The UHA/MANY annual conference has a new name and a new format and we need your ideas and leadership to bring it to life! We’ve decided to leave the &#8220talking head&#8221 sessions of past conferences behind and focus on generating a new energy through conversations and networking.&#8221

Museums in Conversation: Fresh Perspectives for New York State Museums is being organized in collaboration with the New York State Council on the Arts, the New York Council for the Humanities, and the Archives Partnership Trust. It will be held March 29-30, 2009 at the Doubletree Hotel, Tarrytown, New York.

The calls for session proposals and pre- and post-conference workshops proposals are now available here. The submission deadline is November 1, 2008.

Proposals are being welcomed &#8220from a wide range of disciplines and professions, within and outside the museum community, that focus on how institutions are using interdisciplinary approaches to reach new audiences and build innovative collaborations that strengthen program organizational development.&#8221

The conference organizers are seeking undergraduate and graduate student volunteers.

FYI, comes a release from the New York Council for the Humanities noting that updated Major and Mini Grant Application Instructions and Forms are now available online at www.nyhumanities.org/grants.

Please note, that as of July, full resumes and letters of commitment are no longer accepted with your grant application. Instead, all grant applications must include one paragraph bios for all scholars and key project personnel, and the original scholar confirmation letters need to be kept on file by the Project Director.

The next Major Grant application deadline, for up to $20,000, is September 15, 2008 and Mini Grants, for up to $2,500, continue to be accepted on an ongoing basis throughout the year. To learn more about both of our grants programs, review eligibility, and see past awarded grants please visit nyhumanities.org/grants. For other inquiries, Council program officers are available for consultation via email or by phone at 212.233.1131.