The Historical Society of the Courts of the State of New York in partnership with US Holocaust Memorial Museum will hold an event on May 11th, 6:00 PM, at The New York City Bar (42 West 44th Street, NYC). The program, Law, Justice, and the Holocaust: Lessons for the Courts Today, will include a presentation by a US Holocaust Memorial Museum historian, followed by a panel discussion moderated by Chief Judge Jonathan Lippman.

The program is free of charge and open to the public but an RSVP is essential. Information about the program and online registration can be found at http://www.courts.state.ny.us/history/ 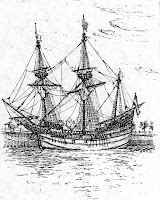 This event is open to the public and is free of charge. As space is limited, RSVP is requested by Monday, May 3 at [email protected]state.ny.us or 518-455-7817.