The Glens Falls Insurance Company agent’s trade sign, which served as the model for the reproduction currently available from Pottery Barn, is now on display at the Chapman Historical Museum. Shaped in the form of a fireman’s helmet shield, the five foot tall sign, which dates from around 1877, proclaims the company’s solid assets under its logo, “Old and Tried.” The original sign, part of the museum’s Glens Falls Insurance Company Collection, has been reproduced through a licensing agreement between the museum and Williams Sonoma.

The Glens Falls Insurance Company was founded in 1849 by Russell M. Little, a former Methodist minister, to provide fire insurance for residents of his small upstate New York community. The company grew rapidly, and in a few years operated branch offices across the United States. “Old & Tried” became well known for sound business practices and the ability to pay claims after the disastrous fires that plagued American cities a century ago. The company’s motto proved well deserved. In response to the 1906 earthquake and fire that destroyed San Francisco, Glens Falls Insurance Company paid out $1.5 million from its surplus without suffering financial setback.

In spite of research, the exact identity of the agent, C.H. Barber, is not known. Leads from the public are welcome. 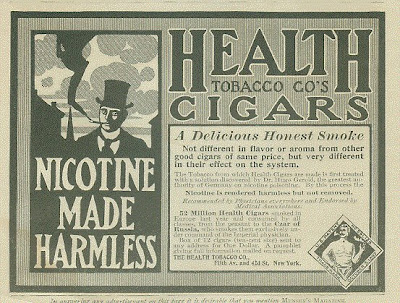 One of the blogs we follow here at New York History is ephemera: exploring the world of old paper. One of their recent posts caught our attention:

Since reading The House of Morgan: An American Banking Dynasty and the Rise of Modern Finance

, the towering biography of J.P. Morgan by John Chernow, I’ve been intrigued by the legacy of the great financier and others of his ilk. Several years ago, while in NYC for a few days, I visited the Morgan Library. While not as impressive as other shrines to rich and powerful men (e.g., George Vanderbilt’s Biltmore Estate), it was certainly an enjoyable and educational field trip. So, when I saw that Scott J. Winslow was presenting a catalog devoted to the financial giant, I thought it was worth a mention here. According to the Winslow site, the catalog traces the the course of Morgan’s prolific career, which saw presidencies from Lincoln to Theodore Roosevelt.

Ironically, it was almost exactly 100 years ago when old J.P. bailed out the country by loaning millions to the banks during the financial panic of 1907. Without J.P.’s cash infusion, the U.S. might have suffered a catastrophy that might have altered the course of the 20th century. Who would we turn to today?

Other posts on the ephemera blog that have recently caught our attention include:

The Peterhof Museum of Playing Cards

When Content Was King: Turn of the Century Magazines