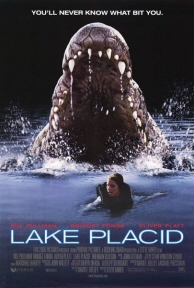 In 1999, Fox 2000 Pictures released the film Lake Placid. Despite the title, the story takes place on fictional Black Lake in Maine. The folks at Fox apparently figured the name of an internationally renowned Olympic site in New York might attract more attention than Black Lake, which was, after all, placid, just like the title said. Except for those times when a giant killer crocodile was thrashing on the surface, gulping down humans for lunch.
END_OF_DOCUMENT_TOKEN_TO_BE_REPLACED