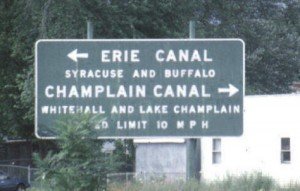 But over the years, the New York historical community, particularly in publishing books, has sometimes tended to concentrate on certain topics and neglect or minimize others.

There are many explanations, including availability of source material- limited outlet for publications- absence of a master listing of new books, articles, and other publications- need for a stronger role and support of publications by local historians- the tendency for U.S. history to upstage New York history- and the pattern of historians sometimes following each other in writing about popular topics but producing only incremental gains in new insights.

Abraham Lincoln vs. New York’s three Civil War governors. Lincoln is probably the most studied and written-about person in American history. Amazon.com lists over 43,000 Lincoln items. Excellent recent books, including those by Harold Holzer and Doris Kearns Goodwin, are very popular. The movie Lincoln, and the Oscar award to actor Daniel Day Lewis for his portrayal of the president, have added to public interest and fascination.

And yet, at the outset of the Civil War, the support and contribution of the states was critical. Much of the war effort was based on what the states provided. New York furnished more soldiers, finance and material than any other state. It out-produced the entire Confederacy in some key areas. It sustained more casualties than any other state. Absent New York, and it is difficult to see how the North could have won.
But most New Yorkers probably could not even name the state’s Civil War governors.

Gov. Edwin D. Morgan, (R., 1859-1863), U.S. senator, 1863-1869, and first chairman of the Republican National Committee, 1856-1864, quickly mobilized New York’s forces for the Union, was highly visible in endorsing the war effort, and exercised quiet statesmanship during the war. His leadership was critical. There is one biography of Morgan, published in 1968.

Gov. Horatio Seymour (D.,1863-1865) was the only person to serve as governor in non-sequential terms- he had also been governor in 1853-1855. He fully supported the war but was critical of Lincoln’s domestic policies, including the draft. He ran for president in 1868. In his day, he was one of the most important and influential political figures in the nation. But Seymour’s biography was written in 1938.

Gov. Reuben Fenton (R.,1865-1868) was known as “the soldiers’ friend” for his policies toward returning troops, particularly those who had been wounded. He guided New York’s government and economy in transitioning from a wartime to a peacetime basis. That is one of the most significant transitions in the state’s history. He also served as U.S. Senator, 1869-1875. But there apparently is no biography of Fenton.

The Wright Brothers vs. Glenn Curtiss. Most people in the country know the story of the Wright Brothers and the flight at Kitty Hawk, North Carolina in 1903. The Wright brothers are credited with inventing unmanned flight But the flight at Kitty Hawk was actually an unannounced flight. The first publically announced flight, seen by a crowd and covered by the press, was the flight of Hammondsport New York aviation pioneer Glenn Curtiss’ bi-plane June Bug on July 4, 1908. Curtiss was responsible for many aviation inventions and advancements, including the initial design of the aileron system of flight control that is still the basis for planes today. He was the first person to fly from Albany to New York City. His planes were the first to fly onto and take off from U.S. navy warships, presaging aircraft carriers. His company had large plants in Hammondsport, Buffalo, and on Long Island and employed thousands of people in the World War I era. Later, he was a land developer in Florida and pioneered in developing travel trailers.

But in many histories, the Wrights get major coverage, and Curtiss only a footnote.

Erie Canal vs. Barge Canal, New York Central Railroad, and New York State Thruway. The story of the Erie Canal – how it originated, how it was built, its impact on New York and the nation – has been told many times. Every history of the state devotes considerable time to it. But what about its later cross-state and down-the-Hudson counterparts? There is little historiography about its successor, the Barge Canal, a major public enterprise in the early 20th century. The most commonly cited source is Noble E. Whitford’s History of the Barge Canal of New York State, published in 1922. In fact, the name Barge Canal is obscured because in recent years the state named the network of canals the New York State Canal System and revived the name Erie Canal. The New York Central Railroad was once one of the nation’s most important transportation companies and one of the state’s pre-eminent businesses, but it, too, lacks a comprehensive modern history. The Thruway, now over 50 years old, also is in need of a published history.

Political history vs. other history. Many books on New York history devote a good deal of space to politics and political parties. They are, of course, very important. But other aspects of our history are, relatively speaking, under-studied. One example might be the history of roads and highways – immensely important to the state and its communities, but not the topic of many historical works. A notable exception, and a good model, is Michael R. Fein, Paving the Way: New York Road Building and the American State, 1880-1956. (Lawrence: University Press of Kansas, 2008). Another example is the history of New York’s natural resources and its environment, for instance, water policy. There are few in-depth studies. A couple of good models: David Stradling, The Nature of New York: An Environmental History of the Empire State (Ithaca: Cornell University Press, 2010) and Robert E. Henshaw (ed.), Environmental History of the Hudson River (Albany: SUNY Press, 2011). They suggest the vast range of possibilities for other studies. Both of these are also examples of where more intensive study of local history would be immensely revealing.

Of course, there are many other examples of topics that have not been covered in depth.

Three things would help with the work of identifying gaps and bringing more neglected history to light: