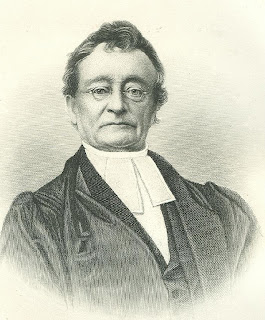 Usually I was not alone, as other people, many of them tourists, were doing the same. Early on, Bostonians learned a valuable lesson that these final resting places could also be a source of tourist revenue.

It is no different in Newburgh where there are numerous older cemeteries. One of these early cemeteries is the Old Town Cemetery which I discussed in an earlier article here at New York History.

There is yet another frequently overlooked historic cemetery in Newburgh named St. George’s Cemetery. This cemetery, founded by the Dr. Rev. John Brown in 1838, “is bound by Washington, Federal, South William, and Clark Streets,” in the historic East End of the City of Newburgh. It was created in part because more burial plots were needed as the Old Town Cemetery was running out of space. Unlike the Old Town Cemetery, St. George’s is still an active burial ground. It belongs to St. George’s Church which has an interesting history by itself pre-dating the American War for Independence.

One of the reasons that Brown decided on this spot, where the cemetery is currently located, is because of the “prominent hill and wide sloping field” which overlook the Hudson River. Rev. Brown wanted to create a paradise for the both the living and the dead in St. George’s. It was to him a work of art putting together the grounds of the cemetery with, it is believed, Andrew Jackson Downing.

Histories of the burying ground describe a close friendship between the two men. Many trees were planted and carriage ways constructed in order to give the cemetery an inviting feel. It was hoped that it would also be a place that was almost park like and citizens of Newburgh might escape from the rigors of city life. This would also prove, in later years, to be problematic for the cemetery.

The relative seclusion of the cemetery made it attractive to not only vandals, but interlopers who had no business in the cemetery after dark. St. George’s History is connected to the American Revolution even though it was not a burial ground at that point in time. It is also believed to be the final resting place of Colonel Jonathan Hasbrouck when, according to late Newburgh City Historian, A. Elwood Corning, “Colden Street was extended southward through the eastern boundary of the Hasbrouck property.”

A Sunday Newburgh Telegram reported in 1899 that an individual, “George W. Shaw,” remembered work being done in the old Hasbrouck burial grounds. He also remembered that before the work was started attempts were taken to remove as many remains as possible from the Hasbrouck Family grounds. Those remains that were found were reinterred in the Old Town Cemetery. However, not until the work commenced were additional bones found by workers.

It was believed, at the time, they were the remains of Colonel Hasbrouck which were eventually reinterred “beneath a Sycamore tree on the south side of the cemetery.” Corning believed that it was prior to St. George’s being incorporated as a cemetery. Near the same Sycamore tree is also the final resting place of Robert Blair. Blair was one of General George Washington’s Commander- in- Chief’s Guards who acted as the general’s personal body guards accompanying him most places. According to Carlos E. Godfrey’s book on the Commander-in-Chief’s Guard, Blair, who was born in Ireland, was at many notable battles including “Yorktown and Monmouth.” 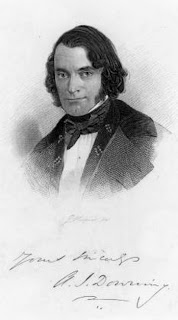 Once in Newburgh, he remained with the Guard in Newburgh until he was furloughed on “June 6, 1783.” Blair was finally discharged on” November 3, 1783.” He remained in Newburgh where he died on March 11, 1841, and buried in St. George’s Cemetery where he was “rediscovered” just prior to an 1899 Decoration Day ceremony. The cemetery also boasts a Congressional Medal of Honor recipient named Dennis William Hickey who served in as a sergeant in the Union Army. It was awarded to Hickey for his valor at the Battle of Stony Creek Bridge in Virginia. He was interred in the cemetery in 1908.There is also a United States Navy Rear Admiral buried in the cemetery.

Curiously enough these events connecting St. George’s with the history of not only Newburgh, but with the early founding of the nation, did not protect it even though it was, and still is, an active burial ground. In 1975 some 1,200 headstones were toppled by vandals. The paradise sought by Brown instead became the final resting place for old electronics and appliances. The caretakers hired by St. George’s were overwhelmed. Its seclusion also played a part in the problem plaguing the burial ground throughout the 1980s and 1990s. The Old Town Cemetery was visible from the road and authorities could see what was happening across the cemetery. However, at St. George’s it was less visible and hid the vandalism as well as drug use that plagued the cemetery after dark. It appeared that a special part of Newburgh’s valuable history might be destroyed forever.

About the same time there was renewed interest in the OId Town Cemetery, there was also renewed interest in St. George’s. A cadre of volunteers and paid workers from St. George’s church and the community slowly started taking back the cemetery. Increasingly, a new generation of residents in Newburgh who refused to allow a treasure to slip away. Students from nearby Newburgh Free Academy repaired its fences. Headstones long since toppled were righted and tours were even started in the 1990s. It was by the next century that the future was looking even brighter for both the Old Town and St. George’s Cemeteries. Both sites started hosting first person re-enactments of the lives of people who made the cemeteries their final resting place.

The worst days of St. George’s Cemetery appear behind it. This treasure is starting to become a destination for historians as well as tourists who want to immerse themselves in a slice of Newburgh History. Increasingly the cemetery is once becoming a refuge for city dwellers in the summer or those just wanting to lounge in the shade of mature trees planted so long ago by Brown. Once again it is a testament to what individuals, with a dedicated vision, can do when they decide to take action.