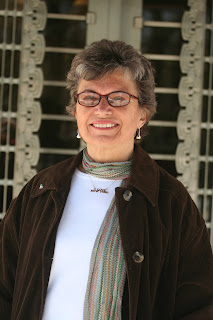 Participating in the ceremony will be Ronald Shiffman, co-founder of the Pratt Institute Center for Community and Environmental Development, Richard Rabinowitz, president of the American History Workshop, and Stephen Goldsmith, Director of the Center for the Living City. Since 1990 the Landmarks Lion Award has honored those who have shown outstanding devotion in protecting New York City’s historic buildings and neighborhoods.

Brandes Gratz is known for her deep knowledge and expertise about preservation and urbanism, both within New York City and across the country. She is a nationally-respected leader in promoting preservation practices and policies for the revitalization of urban areas. She coined the term, “Urban Husbandry,” for her first book, The Living City, to describe the process by which urban neighborhoods and downtowns can regenerate from economic stagnation by “thinking small in a big way.” She also coined the term “SoHo Syndrome” for her second book, Cities Back From the Edge, to identify the process unfolding in onetime industrial neighborhoods in cities across the country and abroad.

Brandes Gratz has also been an active presence in preservation efforts in New York City and elsewhere, particularly the fight to save and designate the Broadway theaters and opposition to Westway. She served on the New York City Landmarks Preservation Commission from 2003 to 2010, participating in some of the biggest preservation issues of our time.

Brandes Gratz is the founder and President Emeritus of the Eldridge Street Project, an award-winning effort that restored the historic Eldridge Street Synagogue on the Lower East Side and established The Eldridge Street Museum on the site. In 2005, in collaboration with the legendary Jane Jacobs, she founded The Center for the Living City, which promotes increased civic engagement among those who care deeply for their communities.

Brandes Gratz lectures internationally on urban development. Her publications, including The Battle For Gotham: New York in the Shadow of Robert Moses and Jane Jacobs– Cities Back from the Edge: New Life for Downtown– and The Living City: Thinking Small in a Big Way, detail how cities actually revitalize themselves and the importance that preservation plays in the life of our cities. She is currently writing a book on post-Katrina recovery in New Orleans.

The award ceremony and benefit dinner will take place on Monday, November 5, 2012, 6:30 pm, at the Four Seasons Restaurant, located at 99 East 52nd Street between Park and Lexington, Manhattan. The Landmarks Lion Award is HDC’s major fundraising event and provides critical support for the broad range of educational and outreach programs that are crucial to HDC’s constituency, which includes more than 500 neighborhood organizations.

Since its founding in 1971, HDC is dedicated to preserving the integrity of New York City’s Landmarks Law and to furthering the preservation ethic. For more information or to purchase tickets, contact HDC at 212-614-9107, [email protected], or visit www.hdc.org.