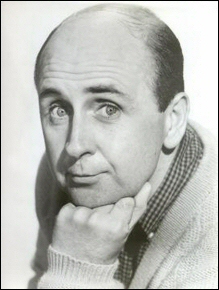 In late July, 1941, a young Plattsburgh boy received permission from his parents to visit the movie house just a few blocks away. Hours later, he had not returned home, and Mom and Dad hit the streets in search of their missing son. Soon they were at the Plattsburgh Police Station, anxiously seeking help. Two patrolmen were immediately put on the case, which, unlike so many stories today, had a happy ending.

The two policemen obtained keys to the theater building and began searching the interior. There, curled up in his seat near the front row, little Bryan Jay O’Byrne was fast asleep. He later explained that he enjoyed the movie so much, he decided to stay for the second showing and must have drifted off into dreamland. When the theater closed for the night, no one had seen the young boy lying low in his seat.

Perhaps no one knew it then, but that amusing incident was a harbinger of things to come. Bryan O’Byrne was born to Elmer and Bessie (Ducatte) O’Byrne of Plattsburgh on February 6, 1931. Life in the O’Byrne home may have been difficult at times. Six years earlier, Bryan’s older sister was born at the very moment Elmer was being arraigned in Plattsburgh City Court on burglary and larceny charges.

Still, the family managed to stay together, and after attending St. Peter’s Elementary School and Plattsburgh High, Bryan went on to graduate from the State University Teacher’s College at Plattsburgh. After stints in the army and as an elementary school teacher, he pursued acting, studying at the Stella Adler Studio.

He appeared on Broadway with Vivian Leigh in “Duel of Angels” (the run was cut short after five weeks due to the first actors’ strike in forty years). Other jobs followed, but he soon surfaced in a new, increasingly popular medium: television.

In the early 1960s, Bryan began appearing in television series, becoming one of the best-known character actors in show business. Most people recognized his face from numerous bit parts he played in television and in movies, but few knew his name. That is true of many character actors, but ironically, in O’Byrne’s case, it was that very anonymity which brought him fame.

It all took place in the 1966–67 television season with the launch of a show called Occasional Wife. The plot line followed the story of an unmarried junior executive employed by a baby food company. The junior executive’s boss felt that, since they were selling baby food, it would be wise to favor married men for promotions within the company.

So, the junior executive concocted a plan with a female who agreed to serve as his “occasional wife.” He put her on salary and got her an apartment two floors above his own. Hilarity ensued as a variety of situations in each episode had them running up and down the fire escape to act as husband and wife. This all happened to the obvious surprise and bemusement of a man residing on the floor between the two main players. That man was played by Bryan O’Byrne.

O’Byrne’s character had no name and no speaking lines, but he became the hit of the show. Usually he was engaged in some type of activity that ended up in shambles as he watched the shenanigans. The audience loved it. The show’s writers had such fun with the schtick that O’Byrne became somewhat of a sensation. His expert acting skills made the small part into something much bigger.

Eventually, in early 1967, a nationwide contest was held to give the “Man in the Middle” an actual name. Much attention was heaped on O’Byrne, but the high didn’t last for long. Occasional Wife went the way of many other promising comedies that were built on a certain premise, but were not allowed to develop. It survived only one season.

O’Byrne’s career continued to flourish. Among his repeating roles was that of CONTROL Agent Hodgkins in the hit comedy series Get Smart, starring Don Adams and Barbara Feldon. Over the years, O’Byrne remained one of Plattsburgh’s best-kept secrets, appearing in 45 television series, 22 movies, and several Disney productions.

Among those television series were some high-profile shows and many of the all-time greats: Alfred Hitchcock Presents, Batman, Ben Casey, Get Smart, Gunsmoke, I Dream of Jeannie, Maude, Happy Days, Maverick, Murder She Wrote, My Three Sons, Perry Mason, Rawhide, Sanford and Son, The Big Valley, The Bill Cosby Show, The Bob Newhart Show, The Lucy Show, The Munsters, The Partridge Family, The Untouchables, and Welcome Back Kotter.

Advertisers discovered the appeal of Bryan’s friendly face, and he was cast in more than two hundred television commercials. His experience in multiple fields and his love and understanding of the intricacies of performing led to further opportunities. He became an excellent acting coach. Among those he worked with, guided, or mentored were Bonnie Bedelia, Pam Dawber, Nick Nolte, Lou Diamond Phillips, Jimmy Smits, and Forest Whittaker.

Writer Janet Walsh, a friend of O’Byrne’s since the early 1980s, noted that, early on, he recognized the talent of young Nick Nolte. According to Walsh, “Nick slept on Bryan’s couch for a year. Bryan cast him in his production of The Last Pad, and that launched Nick’s career.”

Besides working as an acting coach for the prestigious Stella Adler Academy, O’Byrne also served on the Emmy Nominating Committee in Los Angeles. He spent nearly forty years in the entertainment business, working with many legendary stars, including Lucille Ball, Clint Eastwood, Alfred Hitchcock, and John Wayne. His television resume covers many of the best-known, most-watched series ever. And through it all, he remained a nice, unpretentious man.

Quite the journey for a ten-year-old movie fan from Plattsburgh.