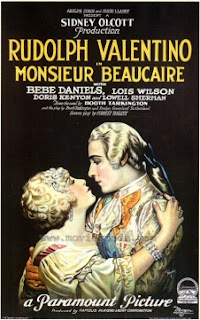 A frequent visitor to Ausable Forks (and once a resident) Doris Kenyon starred in nearly fifty silent films, including 1924’s Monsieur Bocaire with living legend Rudolph Valentino, and 1925’s A Thief in Paradise with Ronald Colman. During her long career, she played opposite all the great stars of the day, among them Loretta Young, Spencer Tracy, Ralph Bellamy, John Barrymore, Melvyn Douglas, Robert Young, and Adolph Menjou. Her fame was such that newborn Doris Kappelhoff (in 1922) was named after Kenyon. Kappelhoff would gain great fame under her stage name, Doris Day.One of the leading men in several of Kenyon’s movies became the leading man in her personal life. Milton Sills was a major star of the era, and he and Doris had performed together many times. In May 1926, Doris announced she had purchased her brother’s camp, and a few weeks later came an update—she and Milt Sills would soon marry … on the shores of Silver Lake!
The ceremony took place amidst the October splendor of the leaf color change, creating a sensational backdrop at the camp Doris called “Moose Missie.” They honeymooned through the Adirondacks (two days in a suite of rooms in Agora at the Lake Placid Club), plus Niagara Falls, the Grand Canyon, and Yellowstone Park. Meanwhile, workmen were completing a beautiful mansion on their sixty-acre estate in Hollywood, California.The wedding had been announced in May 1926, but was delayed until October due to Doris being ill. (Seven months after the ceremony, she gave birth to a son, Kenyon Clarence Sills.) Following the wedding and lengthy honeymoon, Doris took some time off from acting, but returned soon to star in several movies with her husband. In effect, they were the industry’s “power-couple” of the day, starring in movies and receiving constant media coverage.In 1929, they passed the summer at Silver Lake, where Milton was recovering from illness. Doris spent several weeks at the camp, but she also did about a month of vaudeville performances before the two of them returned to making movies. And, upon special request, she served in August as a judge for the baby parade and pageant in Lake Placid’s summer carnival. 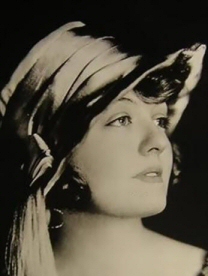 In 1929, Doris gave a concert performance in New York City, confirming that she still had a great singing voice. At the same time, unlike many other silent-film stars, she smoothly transitioned into the world of “talkies,” remaining one of Hollywood’s top stars.

In September 1930, tragedy struck Doris’ life. Shortly after playing tennis with his family, Milton Sills, 48, suddenly collapsed and died of a heart attack. Doris, just 33 at the time, was devastated by the loss, burying herself in work to help ease the pain.She had been recognized in the past for other skills—writing, poetry, and as a pianist—but it was singing that Doris really missed. Plans had already been made for a return to regular concert performances, and after the death of Sills, Doris went on a world tour.After many successful European shows, she returned to the United States with a renewed interest in her film career. Through the 1930s, Doris remained a major movie star, appearing in at least fourteen more films. She was also quite busy on the marital front. First came Syracuse real estate broker Arthur Hopkins in 1933, a union that lasted only a few months (annulled). Next, Doris was married to Albert Lasker in 1938 for a year (divorced). Finally, she married Bronislav Mlynarski in 1947 (that one lasted twenty-four years, ending with Mlynarski’s death in 1971).Through the WW II years, Doris again supported the troops by singing with the USO. In the 1950s, she acted in television shows, sang on the radio, and performed two roles in radio soap operas. From silent films to the advent of television, she had done it all.It was an incredible career spanning the Metropolitan Opera, stage, screen, vaudeville, concerts, radio, poetry, television, and writing. She was a success at everything she tried (even marriage, in the end). One of Hollywood’s lasting stars, Doris Kenyon passed away from heart trouble in September 1979, just a few days shy of her 82nd birthday.Photos: Top?Poster from a Kenyon movie. Bottom?Doris Kenyon in A Thief in Paradise.The Doris Kenyon story is one of 51 original North Country history pieces appearing in Adirondack Gold: 50+ New & True Stories You’re Sure to Love (352 pp.), a recent release by author Lawrence Gooley, owner of Bloated Toe Publishing.