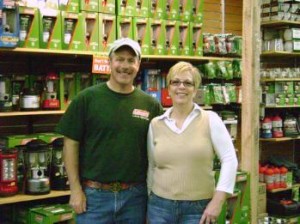 It’s probably safe to say most everyone who has ventured into Adirondack woods or waters in the last 50 years has at some time used a Coleman product.

The company once sold Skiroule snowmobiles, Hobie Cat sailboats, and even its on pop-up trailers, but most recreationists are familiar with some of the smaller Coleman products: coolers, canoes and other small boats, sleeping bags, tents, backpacks, and the ubiquitous camp stoves and Coleman lanterns.

The company was  founded in 1900 by William Coffin Coleman, known as  &#8220W. C.&#8221, and a  former school school principal working as a typewriter salesman who founded the company while earning money for law school.  Coleman’s obsession with a lantern that burned a bright white light is matched by legions of Coleman collectors, who pour over the company’s American made designs (Coleman was born in Columbia County, NY and moved to the mid-west) and trade stories and knowledge.

The International Coleman Collectors Club will hold it’s 20th Anniversary Convention at the Fort William Henry Convention Center in Lake George on June 28th and 30th [link]. The event, the first convention to be held in the Northeast, will feature collectors from throughout the United States and Canada and as far away as Germany, Denmark, and The Philippines.  Thirty-eight tables filled with Coleman products from the early 1900s onward, some for sale, and a seminars on lantern restoration, how mantles are made, and the Coleman Model 202 Professional lantern, a nickle-plated beauty made from the mid-1950s to the early 1960s. A highlight of the event will be two outdoor Coleman &#8220light-ups&#8221. 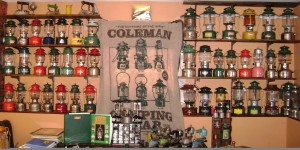 Steve and Robin Miller of Queensbury are serving as hosts of the gathering. &#8220I thought this would be a perfect place to hold a camping equipment show, right here in Lake George,&#8221 Steve Miller told me.  &#8220We thought that this would be a great place for the collectors from around the world, as it is very beautiful here and there is so much to do,&#8221 he said,  &#8220Lake George also has the only Coleman outlet store in the northeast, just a few miles up the road from the convention center.&#8221

The Millers have been collecting Coleman gear for about 25 years and have about 200 Coleman lanterns, stoves, gas irons, and more, but they are quick to point out that there will be even more knowledgeable &#8220Coleman people&#8221 at the convention, including several who have worked at the Coleman company in Wichita, KS over the years.

The event will be open to the public on Saturday only, from 9 am to 1 pm, but it’s not too late to register for the convention (pdf).

Two &#8220light-ups&#8221 will be held. The first in the Fort William Henry parking lot on Thursday at 8:30 pm, and the second on Friday night at the Georgian Resort’s beach, beginning about 7-8:00 pm (bring your lanterns!).