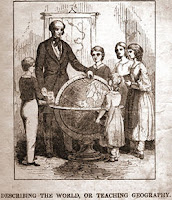 What do we need to do so when we pass the torch to next generation it is ready to grab it? With the upcoming vote by the New York State Regents on the social studies requirements for a high school diploma and the ongoing issue of the Common Core Curriculum with its lack of citizenship as a goal and probable minimizing of local history, I thought I would take this opportunity to issue my own modest proposal on what should be done.

Some of this is based on the work of Bob Feinman, my father, who thought democracy was a hands-on-sport and therefore kids needed training in it if they were to become adult human beings in a democratic society. Towards that end he brought students to City Hall in New Rochelle to act as Mayor and councilmen/women in the actual chambers of the city. He also brought high school students to the nation’s capital where they met on the floor of the House of Representatives to debate amendments to the Constitution (which surprised tourists wondering what those kids were doing there).

Here then are some suggestions about what should be done.

Grade 3: The School as an Historic Site

Besides the fact that for 8-year olds, schools are as old as the pyramids, the school building and grounds themselves provide an excellent way to develop a sense of place in children. While, of course, they are familiar with the place, that does not mean they have observed it as an object to be understood using the same principles of observation, inference, and reasoning that would be used when encountering something new. The various types of rooms serving different functions, the historical photos and trophies on the walls, the changes to the buildings and grounds all tell a story and provide the opportunity for the student to develop cognitive skills at a site that is familiar to them before going on to tackle strange places and situations.

To aid in the development of a sense of place, a sense of belonging, a sense of community, I propose of ritual of membership into the municipality where the student lives (or an appropriately smaller area for those who live in big cities). The certificate of community should be issued to fourth graders by the mayor perhaps at an historic site or even halftime during the homecoming football game with the high school band playing the school song and the community in attendance. Students also should be given a community passport listing the historic places in the community that reflect the full spectrum of the peoples who have lived there over the centuries. The passport should be stamped each time a student (with family) visits such a site. There also should be a class field trip which should be regarded as integral to the development of child and not as a peripheral activity that easily can be dropped.

The teaching of American history should draw on local examples whenever possible so the students learn that it happened in their backyard and not just out there somewhere on a DVD, website, or textbook from somewhere else. As I have discussed in previous posts, if the people of a community don’t consider themselves to be part of the community or connected to American history, than We the People will pay the price. The challenge is all the greater in those communities with substantial numbers of immigrants making it even more essential to start with the places they know, where they walk, where they ride their bikes, where they drive by.

As students begin what is a now a two-year program in American history and approach or reach their teenage years, it is time to begin their training as citizens. The country’s birth that they are studying in history began with members of the community assembling, voting, writing and signing petitions and declaring they that had come of age as adults and were entitled to their own representation. This is time for kids to &#8220takeover&#8221 City Hall, Town Hall, or Village Hall for a day to debate the issues of the community, to elect student mayors, to be filmed by the local cable station just as they would be for the class play in the school auditorium or school team in the school gym. Once again, field trips should be regarded as integral and not peripheral.

Note &#8211 In the larger cities, like New York, a more setting will need to be used.

Repeat the process but now at the county level including a tour.

State and national levels shall be deferred to the next post.

The issues involved here transcend any specific quantifiable skill measured on some test. Their true test is the health of the country, their true test is the ability of the next generation to be ready to be adult human beings in a democratic society, their true test is in our ability to live together as We the People. In an article in Newsweek (4/9/12) entitled &#8220What’s Your Tribe?&#8221 about biologist E.O. Wilson, the reporter wrote &#8220The drive to join is deeply ingrained.&#8221 The comment addressed Wilson’s ideas that we have evolved socially to create groups to which we belong and to defend our group against those who are not part of it. The downside is how easy it becomes to demonize the other whether it’s a phony-baloney team created arbitrarily on a pseudo-reality show or a real-world murder or war.

The challenge for us and the future of the country is to overcome such divisions through our common humanity. Those who are bitter rivals on high-school teams may root for and even compete on the same college team, especially in states which have such football and basketball teams. High-school rivals can root for the same professional teams and Yankee and Mets fans, Giants and Jets fans, Knicks and Nets fans, Rangers and Islanders fans can all root for the same American Olympic team. We can transcend our local tribe by becoming part of a larger one as we did on December 7 and 9/11. We can even all join together against the aliens from space, at least in the movies&#8230-.or join with them in the United Federation of Planets, too. We have choices.

We are a story-telling species and history is nothing if not narrative stories. As we grow as individuals we grow in the scope and range of the stories we tell. By starting locally with the young we can tell the stories and make them members of a community they can see, touch, and walk that will expand in size as their minds develop and they become able to be part of something larger than themselves. To create cooperation without kingship, communities without biology, a country that transcends hyphens, We the People need to become a band of brothers and sisters. What are the rituals, the ceremonies of belonging and community which will nurture these roots where we live and inspire us to build a better tomorrow? Our history, local, state, national and global can help sustain us providing we make the effort the integrate the stories of our pasts into a shared narrative for the future. If we want adults to constitute themselves as the American people, we need a curriculum designed to achieve that goal by starting in the backyards of the kids and growing with them until they are ready to be adult citizens and write the next chapter in America’s history.

Peter Feinman founder and president of the Institute of History, Archaeology, and Education, a non-profit organization which provides enrichment programs for schools, professional development program for teachers, public programs including leading Historyhostels and Teacherhostels to the historic sites in th
e state, promotes county history conferences and the more effective use of New York State Heritage Weekend and the Ramble.