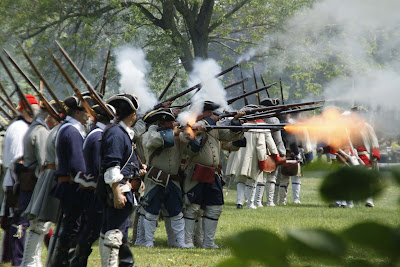 Limited space is still available to attend Fort Ticonderoga’s Seventeenth Annual War College of the Seven Years’ War May 18-20, 2012. This annual seminar focuses on the French and Indian War in North America (1754-1763), bringing together a panel of distinguished historians from around the country and beyond. The War College takes place in the Deborah Clarke Mars Education Center and is open to the public- pre-registration is required.


Begun in 1996, the War College of the Seven Years’ War has become one of the premier seminars on the French & Indian War in the country. It features a mix of new and established scholars in an informal setting for a weekend of presentations related to the military, social, and cultural history of the French & Indian War. Speakers include:

Len Travers, University of Massachusetts-Dartmouth, on the “Lost Patrol of 1756” on Lake George. The weekend kicks of Friday evening with a presentation by Ticonderoga Town Historian William G. Dolback on “Historic Ticonderoga in Pictures.” Dolback is also President of the Ticonderoga Historical Society and leading local efforts to commemorate the 250th anniversary of the first settler in Ticonderoga in 1764.

Registration for the War College is $145 for the weekend ($125 for members of the Friends of Fort Ticonderoga). Registration forms can be downloaded from the Fort’s website under the “Explore and Learn” tab by selecting “Life Long Learning” on the drop down menu and then clicking on the War College. A printed copy is also available upon request by contacting Rich Strum, Director of Education, at 518-585-6370.