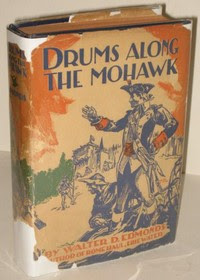 One thought on “A NY Classic: Drums Along the Mohawk”