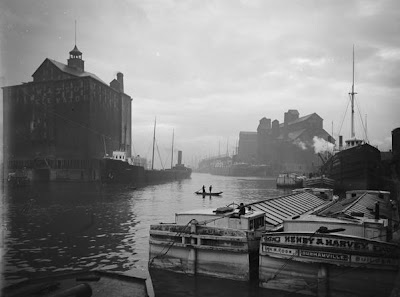 The New York State Board for Historic Preservation recommended the addition of 31 properties and districts to the State and National Registers of Historic Places, including a Lake Champlain shipwreck, a post-World War II auto dealership, and a 200-year-old Catskill inn that survived the catastrophic floods of Tropical Storm Irene.

The Dr. Wesley Blaisdell home, Coeymans – the imposing 1838 Greek Revival-style home constructed by Dr. Wesley Blaisdell, physician and son of a wealthy landowner, remains a visual landmark in the local community and stands as a monument to several of the community’s leading citizens and families.

Cottage Farm, Fair Haven – one of the oldest seasonal houses in the village of Fair Haven was originally built in the 1830s and extensively remodeled around 1880 and again in 1910, and is a reminder of the village’s long tradition of being a seasonal vacation destination on Lake Ontario.

The Bartlett House, Ghent &#8212- the former railroad hotel built in 1870 was at one time the centerpiece of a cluster of buildings, many of which have fallen away, that marked the intersection of the New York & Harlem Valley and Berkshire Railroads, providing a link to the post-Civil War growth of the hamlet.

Copake Falls Methodist Episcopal Church, Copake – dedicated in 1892, the highly intact example of ruralLate Victorian era ecclesiastical design was built on land donated to the group by the Miles family, which was associated with the nearby Copake Iron Works, and is now home of the Roeliff Jansen Historical Society.

The Daniel and Clarissa Baldwin House, Spencertown – built in1807, it is a distinctive example of Federalperiod domestic architecture reflecting the influence of New England construction methods brought west by the hamlet’s early settlers, who largely came from overpopulated regions of Connecticut.

The American Grain Complex, Buffalo – the intact collection of early 19th century buildings embody the tale of Buffalo’s leading role in transshipment of grain from the Midwest to the East, and the handling of grain to produce malt for the brewing industry and flour for the baking industry.

The Automobile Club of Buffalo, Clarence – the 1910 Craftsman-style building housed the automobile club that not only brought together early automobile enthusiasts, but lobbied for pro-motorist legislation that was integral to the development of the automobile generally and of paved roads throughout New York State.

Buffalo Meter Company Building, Buffalo – the 1915 building is an excellent and largely intact example of a reinforced concrete frame daylight factory celebrated their structure and functionality with minimal ornament were highly influential to Modern Architecture.

The Canal Boat Vergennes – a rare example of a class of mid-19th century Champlain canal boat that was archaeologically unknown until the shipwreck’s discovery in 1998, it is significant for the understanding it can provide for both the history of the Champlain Canal and the evolution of canal boat construction.

John and Martinus Laraway Inn, Prattsville &#8212- a distinctive example of late Federal/early Greek Revival design, the inn was constructed ( in part) in the late 18th century to become one of the region’s most recognizable visual landmarks, hosted the town’s first organizational meeting in 1833, and survived catastrophic flooding in 2011.

The Wallabout Industrial Historic District, Brooklyn –lined predominately with late-19th and early- to mid-20th-century industrial buildings, the district reflects the paramount importance of industry in Brooklyn as it developed into one of America’s major industrial centers.

Church of Saints Peter and Paul Complex, Rochester – built between 1911 and 1926, the excellent example of the Italian Renaissance Revival style was built by a parish organized to meet the needs of the growing Catholic German immigrant population in the city.

George J. Michelsen Furniture Factory, Rochester &#8212- built in 1914 for one of Rochester’s longest-running family concerns, the imposing industrial building was home to a company that survived the Depression, unlike many Rochester furniture makers, and continued to manufacture bedroom furniture at the site until the late 1950s.

William A. Payne House, Greece – the 1905 Queen Anne-style home was owned by William A. Payne, who made an impact on local and state commercial practices through his leadership in developing fair and uniform methods of weighing and measuring for merchants and consumers.

First Presbyterian Manse (also known as the Lavinia E. Porter House), Niagara Falls – Located on Buffalo Avenue, the Italianate-style home built before 1851 in one of the city’s oldest sections is one of two mid-19th century houses left in an area that consists mostly of 20th century hotels and commercial buildings.

Wright Settlement Cemetery, Rome – the cemetery records the lives of the families who settled the town after the Revolutionary War, which is especially important in light of the fact that physical links to the farming community were lost to the development of the Rome Air Depot in 1941.

Scottholm Tract Historic District, Syracuse – largely developed between 1915 and 1940 at the transition between the streetcar and automobile, the subdivision represents the growth of single-family residential enclaves within the city, with curving boulevards featuring dense tree-cover, large lots, and a variety of architectural styles.

Denniston, New Windsor – Built in 1875, the house is a rare and architecturally significant example of non-reinforced concrete construction in the mid-Hudson Valley.

Union Chapel, Cornwall-on-Hudson &#8212- built in 1873, it was erected by Cornwall’s Orthodox Quakers in the post-Civil War period to extend of religion to the residents of Cornwall Landing, and served as both a Quaker mission and Sunday school, at times non-denominational, before eventually falling into disuse.

Payjack Chevrolet Building, Medina – built in 1949 in accordance with modern design principles General Motors encouraged its dealers to adopt after World War II, the business known today as Hartway Chevrolet is one of the few remaining from Medina’s &#8220Automobile Row&#8221 at the edge of the village’s commercial center.

Brookside, Upper Nyack – built around 1865 and substantially enlarged and modified around 1890, the home is a noteworthy example of the large villas which were central features of estates developed in the Hudson River corridor by the affluent in the 19th century.

Seaman-Knapp House, Ladentown – erected sometime near the turn of the 19th century, the house reflects both Dutch and English vernacular building traditions and was at one point used as a place of assembly for religious purposes by the local Quaker community.

Hepburn Library of Colton – the 1912 library, notable for its rustic stonework, was endowed by Colton native Alonzo Barton Hepburn, a successful lawyer, banker and state and federal government official, who donated an estimated $3 million for construction of libraries, schools and hospitals in St. Lawrence County and elsewhere.

Stewart House and Howard-Stewart Family Cemetery, South Jefferson – the 1850s home is a high intact example of a Greek Revival farmhouse and the cemetery reflects rural 19th century burial practices when family members were buried on their own properties.

Riverhead Main Street Historic District, Riverhead – strategically located on the Peconic River and at the split of Long Island’s North and South Forks, the concentration of buildings represents Riverhead’s importance as the center of business, culture, entertainment and government on the East End of Long Island.

Ellenville Historic District, Ellenville &#8212- the historic district illustrates how forces from the development of the Delaware and Hudson Canal in the early 19th century to the role of the &#8220Borscht Belt&#8221 era summer resort economy following the Second World War shaped the commercial core of the crossroads village.

Dale Cemetery, Ossining – incorporated in 1852 and laid out in the rural cemetery tradition, with winding paths set along forested gentle hillsides, the cemetery retains much of its mid-19th century plan and is the final resting place of many of Westchester County’s prominent citizens.

Downtown Ossining Historic District (Boundary Expansion) – the boundary expansion includes four contributing buildings that were not included in the 1988 nomination, but which are characteristic of the historic district’s 1840 to 1933 period of significance.

First Free Will Baptist Church, Pike – the 1881 structure is a representative example of a late 19th century Gothic Revival-style church and the last surviving historic religious building in the small rural community.