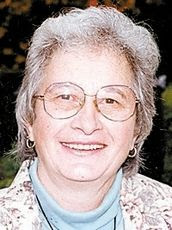 Bailey, co-founder of the Fort Montgomery Battle Site Association, has been involved and dedicated to preserving Hudson Valley History for over 50 years. She has worked in over 20 different organizations. At present, she is the Executive Director and Financial Officer of the Fort Montgomery Battle Site Association, President of the Town of Highlands Historical Society for 32 years, and Town/Village Historian for 19 years. Bailey also finds time to write “Then and Now” columns for the News of the Highlands while busy with community projects such as the Senior Citizen’s Group and the Local Development Corporation for Main Street revitalization.

The Fort Montgomery Battle Site Association is the non profit friends group that supports the preservation and restoration of the Revolutionary War battle site. Opened to the public in 2001, the Battle site features a media room, conference room, and museum.

Washington’s Headquarters State Historic Site presents the “Martha Washington Woman of History Award” as part of their annual Woman’s History Month program, “The General’s Lady”. This event will take place on March 31st starting at 1:00 PM at the Ritz Theatre lobby in Newburgh, NY. In addition to presenting this prestigious award, “The General’s Lady” program includes a reception and a special speaker.