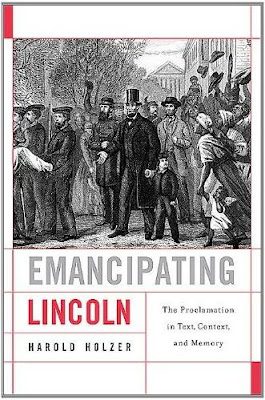 Abraham Lincoln Scholar Harold Holzer will be visiting the Albany Institute of History & Art to present the lecture “Lincoln and New York” on Sunday, February 26 at 2 PM. Following the lecture, listeners will have a pre-publication date opportunity to purchase and receive a signed copy of Holzer’s newest book, Emancipating Lincoln: The Proclamation in Text, Context, and Memory.

As visitor, President-elect, and later as President and iconic martyr, Abraham Lincoln had an unusual and ongoing relationship with New York State. In turn, the Empire State forged a unique and important relationship with its wartime leader. Holzer examines the 16th President’s dealings with the nation’s most populous and important state, and the role New York played in the social, military, economic and technological upheavals of the Civil War.

Holzer will be available after the lecture to sign copies of his newest book, Emancipating Lincoln, which will be available for early sale prior to its publication on February 27. The book focuses on Lincoln’s Emancipation Proclamation, and how its meaning has changed over time. It has received early acclaim from critics, being deemed “highly recommended for anyone wanting to learn about how freedom came to be” by the Library Journal.

Admission to this event is $10.00 per person. Seating is limited, so please purchase tickets ahead of time at albanyinstitute.org or in person at the museum Front Desk.