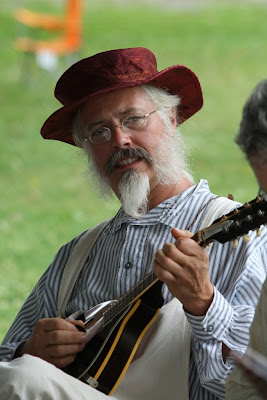 Stewards for the Gerrit Smith Estate National Historic Landmark (GSENHL) in Peterboro will announce plans for the 2012 Peterboro Heritage events at the annual Gerrit Smith birthday party on Saturday, March 3, 2012 at the Smithfield Community Center, 5255 Pleasant Valley Road in Peterboro (Madison County). The doors will open at 1:00 pm followed by program announcements and updates at 1:30 p.m.

Norman K. Dann PhD, professor emeritus Morrisville State College and Smith biographer will present Gerrit Smith and the Civil War at 2 p.m. Dann’s program will be followed by birthday refreshments. Many programs have presented Smith’s significant role in igniting the Civil War through his radical abolition activities. This program will address more specifically what Smith was doing in 1862 during the second year of the Civil War, and the connection of the Preliminary Emancipation Proclamation to Smith. The program is open for the public with a three dollar admission for adults, and free for students and 2012 GSENHL Stewards.

The annual party kicks off the observance of the Sesquicentennial of the Civil War. During New York Heritage Weekend, the Earlville Opera House and the 20th Annual Peterboro Civil War Weekend will present John Brown’s Ghost: From Madison County to Harpers Ferry at 7:30 pm Saturday, May 19 in Madison Hall on Scenic NYS Route 20 in Morrisville. Hugh C. Humphreys will welcome the audience with a brief description of Madison County’s role in the Civil War. Madison County Historian Matthew Urtz will show some faces of persons from Madison County who served in the Civil War, and letters from and to soldiers will be read. Performers Greg Artzner and Terry Leonino, well known for their musical renditions of Civil War songs, (especially the history of John Brown) will provide a preview for an expanded Civil War concert Four Seasons, Four Years ~ the Civil War: a Musical Journey, at the Earlville Opera House on Friday, June 8. Eleven New York musicians have assembled to perform Four Seasons for the four years of the Civil War sesquicentennial.

July 1 Dr. David Anderson will present Frederick Douglass’ reasons for his opposition for speaking about freedom on the Fourth of July. Emancipation Day on Saturday, August 4 is followed Sunday with Hometown Day, Family Day of Croquet, and an afternoon program on the Peter and William Still family by Leslie Gist Still.

On Equality Day Weekend (August 25 and 26) two programs featuring Elizabeth Cady Stanton will be presented. Saturday evening, August 27 at 7 p.m. Hugh C. Humphreys will give an illustrated talk on the Great Cazenovia Convention of 1850. Ted Jackson speaks on his great grandfather abolitionist James Caleb Jackson on Saturday, September 8. The summer season closes with the annual Elizabeth Smith Miller In the Kitchen Bloomer Tea on Sunday, September 23.

The National Abolition Hall of Fame and Museum commemoration ceremonies for 2011 inductees Abby Kelley Foster, Jermain Wesley Loguen, and George Gavin Ritchie will be held at Colgate University on October 19 and 20, with tours on Sunday, the 21st in Peterboro and Syracuse.

Saturday evening, November 24 Joanne Shenandoah will pay tribute in concert to her ancestor Chief Skenandoah and his friend Peter Smith at Madison Hall in Morrisville.

Events for 2012 Peterboro Heritage are made possible, in part, with funds from the New York State Council on the Arts Decentralization Grant Program, a State Agency, and the Cultural Resources Council, a Regional Arts Council.

The Peterboro Mercantile, a community heritage shop, the Gerrit Smith Estate National Historic Landmark (GSENHL), and the National Abolition Hall of Fame and Museum (NAHOF) are open Saturdays and Sundays from 1-5 pm beginning Saturday, May 19 and ending Sunday September 23, for special events and tours, and by appointment. The GSENHL is a site on the National Park Service Network to Freedom (national Underground Railroad trail) and both sites are on the Heritage NY Underground Railroad Trail, a program of the NYS Office of Parks, Recreation, and Historic Preservation. Adult admission is three dollars. Students and 2012 Stewards are free. The projects are recruiting volunteers for the 2012 season. For more information and to check updates on programs: www.gerritsmith.org, www.abolitionhof.org, 315-366-8101, 315-280-8828.

Photo: A member of the 77th NY Regimental Balladeers plays on the green during Civil War Weekend.