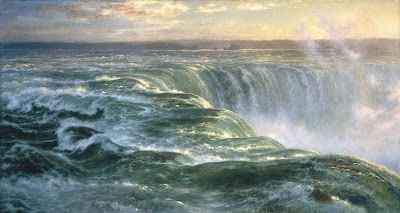 An innovative installation approach, featuring some of the most important objects in the Brooklyn Museum collection, has been developed to create new ways of looking at art and exploring the Museum by making connections between cultures as well as objects. Scheduled to open on April 19, 2012, Connecting Cultures: A World in Brooklyn, on long-term view in the newly renovated Great Hall, near the main entrance, provides for the first time a dynamic introduction to the Museum’s extensive collections, which range from ancient Egyptian masterpieces to contemporary art, representing almost every culture around the world, both past and present.

&#8220This remarkable cross-collection presentation, built around some of the most exceptional works in the Museum, better enables the visitor to explore the collection galleries by providing a model of how to make connections between cultures and how to better understand the ways that different peoples have addressed many of the same issues throughout time,&#8221 states Museum Director Arnold L. Lehman. &#8220For the very first time, our visitors have the opportunity to sample the breadth and depth of our holdings as they enter the Museum.&#8221

&#8220Over the course of the twentieth century, the Museum collected on a grand scale, making works of art that had previously been reserved primarily for the elite available to the public. As works of art became available to the many rather than the few, their meanings often changed. Deconstructing those meanings on a basic level provides an understanding of the Brooklyn Museum’s collections as a resource for study,&#8221 comments Chief Curator Kevin L. Stayton, who has coordinated the presentation, working with the Museum’s curators.

The installation is organized around three main sections: &#8220Connecting Places,&#8221 &#8220Connecting People,&#8221 and &#8216-Connecting Things.&#8221 In viewing the juxtaposition and combination of works from different cultures around the world, the visitor will be asked to consider the importance of the idea of place to the definition of culture and the self- the ways in which people represent themselves in the works of art that help define them- and the role of objects, or things, in supporting identity, both personal and cultural.

The &#8220Connecting Places&#8221 section presents artworks that reflect the human fascination with the physical world around us and how it relates to spirituality. The landscapes in which people live and the elements of nature that surround them deeply affect the way people see the world and how they try to understand the universe. This section includes a four-legged bowl (circa 250-600 C.E.), made in what is now Guatemala, that reveals a Mayan concept of the cosmos- an eighteenth-century cosmic diagram, made in Gujarat or Rajasthan, that presents a unique worldview- the monumental 1765 painting Our Lady of Chocharcas Under the Baldachin showing the celebration of a pilgrimage in which Lake Titicaca is almost as significant as the statue of the Virgin herself- a festival hat, probably made around Potosi in the eighteenth century, depicting a triangular mountain that might be the Cerro de Potosi, the source of the silver that enriched the area- Louis Remy Mignon’s monumental painting Niagara (1866), which became a powerful symbol of natural resources that made their potential seem almost limitless- the renowned Century Vase made by the Union Porcelain Works of Brooklyn for display at the Centennial Exposition, in 1876, displaying native animals and scenes of progress unique to the American experience- and a contemporary work, Soundsuit by Nick Cave, that explores man’s involvement with nature.

The &#8220Connecting People&#8221 section investigates the ways in which human beings have represented themselves in artworks, in various cultures through time. A number of the works address the journey from life to death, such as a stunning and rare Huastec stone statue that features a standing human figure on one side and a skeleton on the other. Other works include a kachina doll, in the Brooklyn Museum collection since 1904, that reflects the ways in which the human form can represent the spiritual and universal- and Gaston Lachaise’s monumental Standing Woman, a modern work that dignifies the human form and raises it to a level that reflects the humanist tradition.

The &#8220Connecting Things&#8221 section includes works that carry particular significance to those who make and use them. Among the objects is a group of more than 100 pitchers to illustrate the many permutations of a single form- kero cups used in ritualistic ceremonies that were important to the Andean concept of reciprocity- a coffin in the form of a Nike sneaker, by Ghanaian artist Paa Joe, that reflects the importance of consumer society and global trade in the modern world- and an African staff, a symbol of authority that is the model for an African-American emancipation cane.

The installation was designed by Matthew Yokobosky, Chief Designer at the Brooklyn Museum, working together with Chief Curator Kevin Stayton, Director Arnold Lehman, and all of the Museum’s curators.