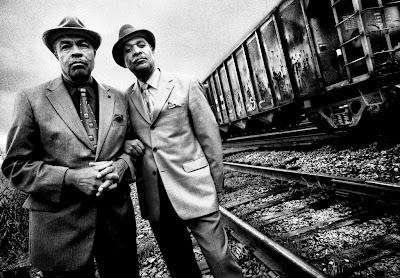 The New-York Historical Society displays a rare handwritten copy of the Thirteenth Amendment to the Constitution&#8211the measure that abolished slavery—signed by President Lincoln himself. The document, which was recently acquired by David Rubenstein, managing director of The Carlyle Group, will be on loan to the New-York Historical Society until April 1, in the new Robert H. and Clarice Smith New York Gallery of American History.

The path-breaking exhibition Revolution! The Atlantic World Reborn, is the first exhibition to relate the American, French and Haitian struggles as a single global narrative. Spanning decades of enormous political and cultural changes, from the triumph of British imperial power in 1763 to the end of the Napoleonic wars in 1815, Revolution! traces how an ideal of popular sovereignty, introduced through the American fight for independence, soon sparked more radical calls for a recognition of universal human rights, and set off attacks on both sides of the Atlantic against hereditary privilege and slavery. Texts and audio guides are in English, French and Haitian Kreyol. Highlights on view: the original Stamp Act as it was passed by Parliament in 1765, setting off the riots that led to the American Revolution, on loan from the Parliamentary Archives, London, displayed for the first time outside the U.K. the only known surviving copy of the first printing of the Haitian Declaration of Independence (1804, National Archives, London), recently discovered and exhibited here to the public for the first time.

Napoleon’s authorization to French negotiators to sell the Louisiana Territory to the United States (1803, New-York Historical Society), as a direct consequence of the Haitian rebellion

In this powerful program, two experts reflect on the successes and setbacks in the struggle for civil rights and the changing ways in which the story of the Civil Rights Movement is told, from early writers and activists like W.E.B. DuBois, to the turbulent years of the 1950s and ’60s, to the present. Presented in conjunction with the exhibition Freedom Now: Photographs by Platon. A collaboration with the Schomburg Center for Research in Black Culture.

Award winning artist and author, Maira Kalman, reads from the historical gem Looking at Lincoln. From his boyhood in a log cabin to his famous presidency and untimely death, Kalman shares Lincoln’s remarkable life with young readers. Her charming text and bold artwork make history come alive in a fresh and exciting way.

Where did George Washington take his first oath of office? Team up, sharpen your pencils, and enter our family quiz! Prizes for participation and grand prizes for high-scorers.

Presidential Art making, 1 – 4 pm
Make and decorate your own election button or poster.

We don’t know if George Washington had a cat, but we do know he had a cot and we’ve got it! Find amazing memorabilia when we let you loose in the museum looking for everything presidents! Prizes for participation, and everyone can enter our Liberty the Dog raffle!

As one of the earliest regiments in America to actively enlist African Americans, the 1st Rhode Island Regiment was assembled into service in late 1776 and early 1777. The Regiment fought in the battle of Newport in 1778, spent the infamous winter at Valley Forge, and participated in the Yorktown campaign without receiving any post-war compensation for their efforts. Since 2002, the 1st Rhode Island re-enactors have portrayed the regiment by recreating battles and encampments and presenting programs to audiences in an attempt to educate them about the role of African-Americans in the war effort.