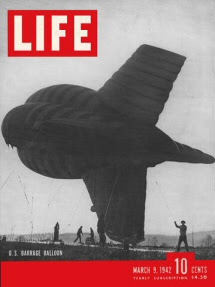 It’s the 1940s, and a world war is raging overseas. The fear of a homeland invasion is constant, and in communities across the nation, air wardens monitor the sky daily for enemy planes. The Adirondack Park seems like a safe haven, but just a few miles from its northwest corner, a military installation is suddenly called to action. A large aircraft has penetrated US air space, and ground damage is reported. Sheriff’s deputies, New York State police, military MPs, and foot troops spring into action.

It’s a great show of force, but it’s not enough. After several unsuccessful encounters with the vessel, reinforcements are needed. Corporal Boyd Montgomery of the 34th Armored Regiment is dispatched, speeding across the countryside in an army tank.

Power lines are downed by the aircraft, but Montgomery continues his pursuit. Two miles into the chase, he employs a bit of ingenuity to bring the craft down. It is soon nothing more than a flattened heap.

That’s how it happened in July 1943. It’s all true, but with a few details omitted. The craft that was spotted actually was huge (75 feet long) and it did come from a foreign land (Kingston, Ontario, Canada). The damage was no less real?a dangling cable tore down power lines between Evans Mills and Philadelphia in Jefferson County. Lawmen from several agencies did pursue the craft, but three times it slipped from their grasp.

The military installation was Pine Camp, later expanded and renamed Fort Drum. And it was an Army tank that provided the solution, driving atop the 1800-foot-long cable after a two-mile chase, forcing the vessel to the ground until nothing was left but a flattened balloon.

That’s right … a balloon. But this wasn’t just any balloon. A staple of defense systems around the world, this was a Barrage Balloon. If you’ve never heard of them, you’ve probably seen them in photographs but didn’t realize what you were seeing at the time. Though they weren’t ever deployed in the Adirondacks, they did pay the area a few surprise visits during the war. 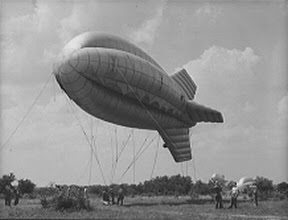 The primary use of Barrage Balloons was to prevent attacks by low-flying aircraft, and it was in WW II that they became ubiquitous. A heavy cable was used to tether the gas-filled balloons, and when hovering from a few hundred to 4,000 feet high, the effect was often deadly. Any dive-bombing aircraft had to avoid the cable tether, which could easily tear a wing off and cause the plane to crash. Besides negating low-level attacks, the balloons forced other planes to fly higher than intended on bombing runs, thus affecting their accuracy.

Many tethered balloons were flown simultaneously, and the result was multiplied when several additional cables were suspended from each balloon, providing a veritable curtain of protection from strafing aircraft. The Germans countered by equipping their planes with wing-mounted cable-cutting devices, and the British responded with explosive charges attached to many of the tethers, set to detonate on contact.

The balloons caught on in a big way in England and were often used effectively. During one of the two major German onslaughts on London during the war, 278 Flying Bombs were intercepted by the balloons, surely saving many lives.

In summer 1941, British officers warned America that Nazi planes could fly at 20,000 feet and reach the US mainland within 12 hours, with no defense system to greet them. Months before the United States entered WW II, the Navy established two Barrage Balloon squadrons with more than 150 balloons.

Intended to protect American fleet bases from air attacks, the balloon strategy was very popular for another reason: cost. Building a large coastal hangar for planes involved an expenditure of $600,000- a more secure underground facility carried a price tag of $3 million- but each barrage balloon cost only $9,500. 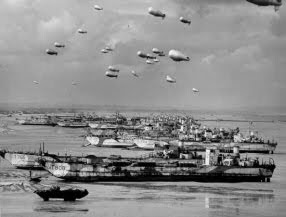 the assault on Pearl Harbor, America employed an extensive balloon defense capability. Attacks were feared by the Germans on the East Coast and by the Japanese on the West Coast. San Francisco, San Diego, Los Angeles, and Seattle were among the cities protected in part by Barrage Balloons, along with Norfolk, Pensacola, and New York City in the east. Vital facilities in the Great Lakes were also shielded.

Many North Country men were assigned to Barrage Balloon outfits, and it was anything but a cushy job. Since troops as well as installations needed protection, balloon men were often among the first ashore, as was the case in several beach landings in Italy and North Africa. And on D-Day, Barrage Balloons dotted the sky above the invasion fleet.

Back home in America, balloons occasionally broke free and floated towards the North Country, causing a bit of excitement. Sometimes rogue balloons escaped capture for extended periods (the Fort Drum balloon was loose for more than a week).

In March 1943, a hulking Barrage Balloon 65 feet long and 30 feet in diameter toured the Central Adirondacks, damaging power lines before snagging in a balsam tree a few miles south of Indian Lake, where a crew of men managed to deflate it. 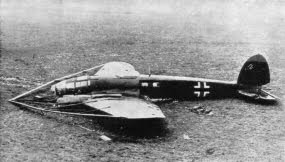 To raise public awareness of the war effort and relieve anxiety about the occasional balloon escapee, the military dispatched a road crew in an army jeep with a smaller, 35-foot balloon strapped to the roof. In summer 1944, they visited Troy, New York. The craft was inflated and floated at 300 feet for an entire day while the men fielded questions. It was the same model as those used to defend the city of London and the beaches of Normandy.

Towards the end of the war, German capabilities of long-range attacks drastically reduced the effectiveness of the balloons, and in 1945, Britain ended their Barrage Balloon program, which at one time had upwards of 3,000 in use. The same was done with the US system, which once featured more than 400 balloons at home besides those deployed overseas.