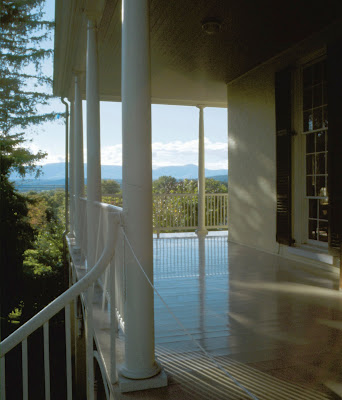 Ten years ago the Thomas Cole National Historic Site opened its doors with no endowment, no government operating funds, and no paid staff. Thanks to members, volunteers, donors, scholars, trustees, staff, interns, advisors and fans the birthplace of the Hudson River School is still inspiring us today.

On Sundays at 2 pm once per month Thomas Cole State Historic Site offers a popular Sunday Salon series of lectures. Here are the first two:

January 15
The Hunt for Thomas Cole’s Lost, Last, Unfinished Series
In the late 1980s, a legendary New York art dealer acquired an oil study for one of five paintings in Cole’s monumental series, The Cross and the World. Learning that the series – still on Cole’s easel at the time of his death – had vanished from sight in the 1870s, the dealer sent Christine I. Oaklander out to hunt them down. Dr. Oaklander will discuss the history and iconography of Cole’s last, lost series and give us a &#8220behind the scenes&#8221 glimpse of her quest.

February 12
Thomas Cole in Love
In 1825, young Thomas Cole stepped out of the Catskills autumn with a body of work so exceptional that it kicked America’s drowsy cultural ambitions into a new state of excitement. Join Kevin Sharp, Director of the Dixon Gallery and Gardens, as he explores Cole’s use of Romantic imagery from English poets such as Byron and Coleridge to create dramatic works that stood in stark contrast to the gentle landscape images that had come before.