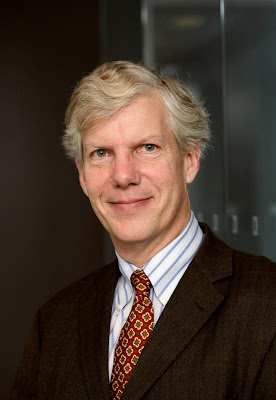 Richard Sharp, Chairman of The Olana Partnership, has announced the election of Joseph A. Pierson to the board of trustees.

&#8220We are delighted that Joseph has joined our board. He brings to the Partnership a keen visual sense and creative eye, along with a track record of commitment to historic preservation,” said Chairman Sharp. “Joseph continues the tradition of his family’s longstanding support of Olana.”

Pierson is president of Cypress Films, Inc., a successful, independent, New York-based film, theater and television production company. Most recently, he produced and directed EvenHand, an independent feature film shot on location in San Antonio, Texas. Currently in pre-production is a filmed adaptation of Patricia Highsmith’s A Suspension of Mercy and an adaptation of H.G. Wells’ The Invisible Man for the Broadway stage.

Pierson majored in Studio Art at Middlebury College, graduating with departmental honors. He has an avid interest in historic preservation, serving as a member of the Director’s Council of the Historic House Trust of New York City, the Trustees’ Council of the Preservation League of New York State, and as chair of the Fort Tryon Park Trust. In addition, Mr. Pierson serves on the board of the Greenrock Corporation and as president of Abeyton Lodge, Inc.

In 1994, Pierson was elected a trustee of the Rockefeller Brothers Fund. He is a member of the Fund’s Pocantico Center and nominating committees. He and his family have a local residence in Columbia County, New York.

“From the first time Joseph came for a visit to Olana, we could tell that he noticed and appreciated everything, and with his strong background in historic preservation, had insights that we knew would be of great value to us,” said Sara Griffen, President of The Olana Partnership. “The fact that his grandfather Nelson Rockefeller had been responsible for saving Olana from the auction block in the early 1960s made it all the more fitting that Joseph might join the board.”