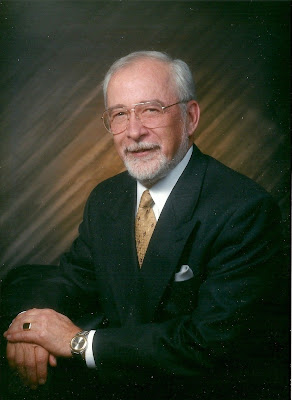 The Finger Lakes Boating Museum has announced the appointment of Dr. David C. Danahar, a retired college president, as Executive Director of the Boating Museum. Danahar, who now lives in Canandaigua, was President of Southwest Minnesota State University in Marshall, MI, from 2001 to 2011.

“We are delighted to announce the engagement of Dr. Danahar as Executive Director of the Boating Museum,” said William Oben, president of the Museum. &#8220He brings a wealth of valuable knowledge in resource development and organizational administration gained from his extensive academic career.”

The Boating Museum reached agreement with the City of Geneva in the fall of 2009 to establish a permanent home on the Geneva waterfront in association with the city’s Visitor Center. The building, which will be located on the current Geneva Chamber of Commerce site, is being enabled by a $2 million grant provided to the city by state Sen. Michael Nozzolio.

Also named to the staff of the Boating Museum as assistant to the executive director is Bobbi Clifford of Romulus. Clifford is retired after 35 years of teaching in various local school districts, including Geneva, North Rose-Wolcott, Naples, Lyons, Clyde-Savannah and Newark. She coordinated and directed programs for Gifted and Talented Students and Arts-In-Education programs. She is a member of the Board of Directors of the Seneca Lake Pure Waters Association, Inc.

As president of Southwest Minnesota State, Danahar was the chief executive officer of the university responsible for leading the faculty, staff and students in developing and accomplishing the university’s mission.

In another development related to the appointment of an executive director, the Boating Museum has engaged Danforth Development of Rochester to lead the creation of a fundraising plan for capital needs for the organization.

The Boating Museum’s collection of more than 100 historic boats and vessels built in the Finger Lakes also includes numerous related artifacts and extensive reference material. Besides the story of boat manufacturing, the Boating Museum also researches and informs on the impact that marine transportation has had on the development of the region.

The collection of boats and artifacts is being moved to a storage facility in the Geneva Enterprise Development Center on North Genesee Street arranged by the Geneva IDA. Portions of the collection will be displayed on a rotating basis within the new facility, which will also feature boat rides on Seneca Lake, active on-water programs including sailing and small boat handling, interactive workshops and displays to engage visitors in the design, construction and use of the boats and boating history materials and programs.