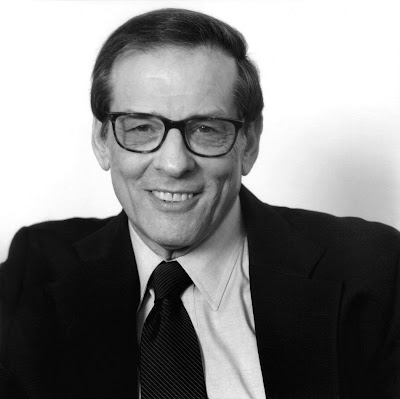 Robert Caro, two-time winner of the Pulitzer Prize for his biographies of Robert Moses and Lyndon B. Johnson, will receive the 2011 Empire State Archives and History Award on Monday, December 5, 2011 at 7:30 p.m. in the Egg, Empire State Plaza, downtown Albany. As part of the program, Caro will be interviewed by noted Lincoln scholar Harold Holzer. Tickets are $10 and may be obtained from The Egg Box Office at (518) 473-1845. The event is sponsored by the New York State Archives Partnership Trust, The History Channel, the Times Union, and the New York State Writers Institute.

Caro’s first book was The Power Broker (1974), a landmark, Pulitzer Prize-winning biography of New York City urban planner Robert Moses. Eminent American journalist Theodore H. White called it, &#8220A masterpiece of American reporting&#8230- an elegantly written and enthralling work of art.&#8221 Leading political reporter David Halberstam proclaimed it, &#8220Surely the greatest book ever written about a city.&#8221 The New York magazine reviewer called The Power Broker, &#8220The most absorbing, detailed, instructive, provocative book ever published about the making and raping of modern New York City and environs and the man who did it&#8230-. A monumental work, a political biography and political history of the first magnitude.&#8221

For the past three decades, Caro’s writing has been devoted to a prize-winning series of books on the life and career of Lyndon B. Johnson, including The Path to Power (1982), Means of Ascent (1990), and Master of the Senate (2002), which earned Caro a second Pulitzer Prize. The final LBJ volume, tentatively titled The Presidency, is currently a work in progress. Writing in the New York Times, Jill Abramson called the first three volumes, &#8220A panoramic study,&#8221 and said, &#8220Combining the best techniques of investigative reporting with majestic storytelling ability, Caro has created a vivid, revelatory institutional history as well as a rich hologram of Johnson’s character.&#8221 Writing in the Chicago Sun-Times, Steve Neal called, Master of the Senate, &#8220Probably the best book ever written about the U.S. Senate. A terrific study of power politics.&#8221

Other honors received by Caro include the National Book Critics Circle Award (twice), and the National Book Award, the Francis Parkman Prize (awarded by the Society of American Historians to the book that &#8220best exemplifies the union of the historian and the artist&#8221), the H.L. Mencken Award, and an award in literature and a gold medal in biography from the American Academy and Institute of Arts and Letters. In 2010, Caro received the National Humanities Award from President Obama.

In advance of the program, a ticketed reception to honor Caro will be held at The Egg from 5:30-7:00 p.m. To learn more, contact Grazia Yaeger at (518) 474-1228. Proceeds will benefit the New York State Archives and Archives Partnership Trust.