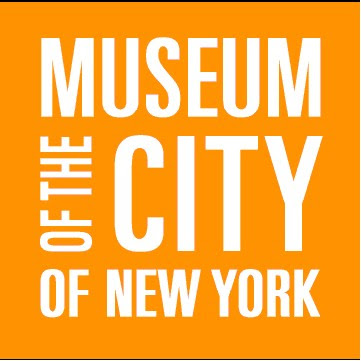 The Museum of the City of New York is offering members’ discount for readers of New York History for a number of upcoming events. The Museum has been undergoing a number of exciting changes recently, including an $85 million expansion and modernization of their outdated facility and new online access to over 50,000 images from the collections.

Reservations required for the following events. Call 917-492-3395 or e-mail [email protected] The cost is $6 museum members- $8 seniors and students- $12 non-members- and $6 when you mention New York History.

Between the two world wars, at the same time that pioneering female interior designers like Dorothy Draper and Elsie DeWolfe were making a name for themselves using a modernist aesthetic, another group of women active in design and preservation were promoting the Colonial Revival style as a hallmark of profession. Discover the influence of women like Bertha Benkard and Nancy McClelland, in a discussion with Pauline Metcalf, author of Syrie Maugham (Acanthus Press, 2010), and others as they explore the roles that women played in making the Colonial Revival and that the Colonial Revival played in creating the field of interior design. Reservations required.

In the past decade the city has been the setting for some extraordinary projects aimed at bringing historic buildings back to life. This half-day symposium will showcase some of those projects, highlighting the various and sometimes controversial approaches to preserving the past while accommodating the needs of modern life. Presenters include architectural historian Matt Postal on New York’s landmark designation process- designer Jamie Drake on the ongoing preservation of Gracie Mansion- Cleary Larkin of Beyer Blinder Belle on the restoration of the Beacon Theater- Franklin D. Vagnone, Executive Director of the Historic House Trust, on the contrasting approaches to preserving Brooklyn’s Wyckoff Farmhouse and Lott House- designer Eric Cohler on his restoration of the iconic A. Conger Goodyear house by Edward Durrell Stone- and Frank Mahon, Senior Designer of Skidmore, Owings & Merrill, on retrofitting the International Style Manufacturers Hanover Trust building on Fifth Avenue for retail use. Presented in partnership with the New York School of Interior Design. $25 Museum members, seniors, and students- $35 non-members.

In 1926, then soon-to-be First Lady of New York State—and, eventually, the nation—Eleanor Roosevelt founded Val-Kill Industries, dedicated to crafting replicas of early American furniture, pewter, and weavings, as a way to provide jobs and training to local men and women. Val-Kill’s reproductions were carried by leading department stores and specialty shops in various American cities and were the subject of a 1927 exhibition and sale in Mrs. Roosevelt’s East Side townhouse. Maurine H. Beasley, professor and author of Eleanor Roosevelt: Transformative First Lady (University Press of Kansas, 2010), takes a closer look at the story of Eleanor Roosevelt’s Val-Kill and its cultural relevance then and now. Co-sponsored by the Roosevelt Institute. Reservations required.