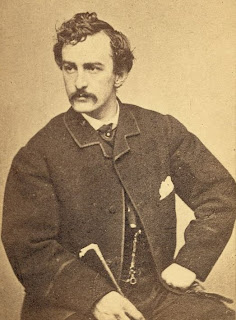 There is a historical connection between a group of North Country men and the Abraham Lincoln story. On the downside, the men in question are linked to a dark subject, the aftermath of Lincoln’s death. On the upside, they played a positive role in the hunt for the president’s assassin. With admiration, they have been referred to as Lincoln’s Avengers.

Several men from Clinton, Essex, St. Lawrence, and Warren counties belonged to the Sixteenth New York Cavalry. Shortly after Lincoln’s death, the troop was among the military escort at the president’s funeral. An honor, surely, but not the event that would bring them a measure of fame.

In the days following the assassination, multiple search missions were conducted in Washington and elsewhere in the hopes of finding John Wilkes Booth and his accomplices. After several false alarms, important new information was uncovered, requiring a swift response.

On April 24, five days after Lincoln’s funeral, headquarters in Washington ordered Lieutenant Edward Doherty to gather 25 men of the Sixteenth New York Cavalry and report to Colonel L. C. (Lafayette) Baker, Special Agent for the War Department. Among those to step forward and answer the call were ten men from the Adirondack region.

Doherty met with his captain and later reported: “He informed me that he had reliable information that the assassin Booth and his accomplice were somewhere between the Potomac and Rappahannock Rivers. He gave me several photographs of Booth and introduced me to Mr. Conger and Mr. Baker, and said they would accompany me.

“He directed me to scour the section of the country indicated thoroughly, to make my own disposition of the men in my command, and to forage upon the country, giving receipts for what was taken from loyal parties.” In other words, move now. There was no time to prepare. Food and other needs would have to be secured from sympathetic US citizens, who would later be reimbursed.

For two days the troop pursued leads almost without pause, finally ending up at the now infamous Garrett farm in Caroline County, Virginia. Inside the barn was perhaps the most wanted man in American history, Booth, and one of his conspirators, David Herold. 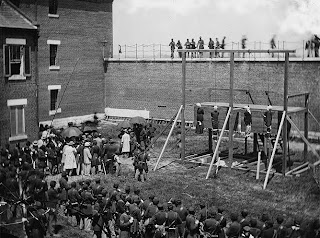 The men of the Sixteenth surrounded the barn while negotiations and threats were passed back and forth between Booth and Lieutenant Doherty. Booth refused to leave the barn despite warnings he would be burned out. He even offered to shoot it out with Doherty’s men if they would pull back a certain distance from the barn.

Realizing he faced almost certain death, David Herold decided to surrender. After leaving the barn, he was tied to a tree and questioned. He verified for Doherty that it was indeed Booth inside the barn. The original plan, he said, was to kidnap Lincoln, but Booth instead killed him, and then threatened to do the same to Herold if he didn’t help Booth escape.

Doherty again turned his attention to the barn and its lone desperate occupant, who refused to come out. Finally, Everton Conger, one of Lafayette Baker’s detectives who accompanied the troops, set fire to the barn around 3 am. The idea was to force their quarry out, but things didn’t go as planned.

Due to the rapidly spreading blaze, Booth could be seen moving about inside the barn, and one of the men, Boston Corbett, decided to act. Claiming he could see that Booth was about to shoot at Doherty, Corbett fired. His shot hit Booth in the neck, coincidentally only an inch or two from where Booth’s own bullet had struck Lincoln.

Their captive was dragged from the barn, still alive, but he died about three hours later. Shortly after, his body and the prisoner, Herold, were taken to Washington. The most famous manhunt in American history was over.

Within several months, the men of the Sixteenth were discharged, carrying with them the pride (and the attending glory) for delivering what many felt was justice. Most of them returned to humble lives, sharing their story with family and friends over the years.

Six of the ten North Country men who participated lived at one time or another in the Saranac area. They had connections to many regional communities, having been born, lived in, or died in: Bangor, Beekmantown, Brushton, Cadyville, Chester (Chestertown), Elizabethtown, Minerva, Norfolk, Olmstedville, Plattsburgh, and Schuyler Falls. 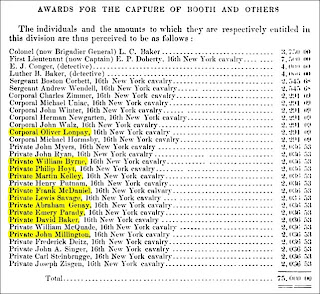 In 1865, Congress voted reward money to those involved in the capture of many individuals. Among those so honored were the men of the Sixteenth New York Cavalry, the envy of all others for killing the man who himself had murdered a legend.

Photo Middle: Conspirators at the ends of their ropes. Hanging, from left to right: Mary Surratt, David Herold, Lewis Powell, and George Atzerodt at Washington, DC, on July 7, 1865.