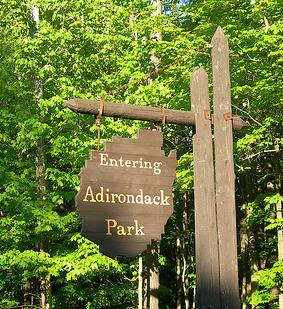 The Adirondack Region offers heritage tours, hiking, unique events and more to make the most of the fall landscape of the Adirondack Park. The Gilded Age Tour allows guests to step back in time and discover an age where captains of industry and socialites brought unimaginable luxury to New York’s vast Adirondack wilderness. This fall, you can rediscover this Adirondack history with rustic heritage events, expeditions, themed entertainment &#8211 as well as the Gilded Age Tour.

• A lunch or dinner cruise on Raquette Lake aboard the W.W. Durant, a magnificent vessel name for the Gilded Age developer who once claimed one million acres of the Central Adirondacks as his own. Learn the history of the region and see elaborate camps of industrial giants Collis P. Huntington and the Carnegie family.

• A pass to the Adirondack Museum in Blue Mountain Lake. The Adirondack’s historical and cultural treasure center, this exceptional museum offers more than 200 years of Adirondack history, spread throughout 32 acres and offering 22 indoor and outdoor exhibits.

Take a walk in the woods with the Adirondack Architectural Heritage (AARCH) group for special tours of historic and architectural significant sites. Explore the century-old, remote Otis Mountain Camps in the Bouquet River Valley near Elizabethtown on September 8th.

Additional AARCH Tours Scheduled for this fall include:

• Preserving Camp Santanoni II September 27 in Newcomb. Built in 1892 for an Albany couple, AARCH staff will lead a tour of the 200-acre-farm, Main Camp on Newcomb Lake and the Gate Lodge. Learn more about the ongoing restoration of the camp complex during the 9.8 mile round-trip tour along a gently sloping carriage road.

• The World of Arto Monaco September 10 in Upper Jay. Arto Monaco was one of the most innovative and unique artists to come out of the Adirondacks. Born in 1913, Monaco worked for MGM Studios in Hollywood, before returning home to the Adirondacks to pioneer the Christmas theme park, Santa’s Workshop in Wilmington, NY. He also designed and built a children-sized theme park called the &#8220Land of Makebelieve&#8221 in Upper Jay. Take a behind-the-scenes tour of Monaco’s incredible visions-come-to-life.

• The Battle of Plattsburgh September 3-11 in Plattsburgh. For a week in September, the battle will rage once more on the shores of Lake Champlain &#8211 culminating in the action-packed Commemorative Weekend. Events kick off September 3 and 4th with live music performances at Clinton Community College. Throughout the week, enjoy live music, a parade, kid’s games, guided walks and more.

• Murder Mystery Weekend September 9-11 at Great Camp Sagamore. A former Vanderbilt estate in Raquette Lake, the entire weekend is devoted to solving the murder surrounding an auction of Alfred Vanderbilt’s unused Titanic ticket. Join friends and strangers for a weekend of fun as you strive to solve the murder and catch the killer before he &#8211 or she &#8211 gets to you!

• New York, New York! The 20th Century exhibit through September 18 in Glens Falls. Explore the artistic history of New York at the Hyde Collection, where some of the most beloved depictions of NYC will be on display. This major exhibition features over sixty works of art, including photographs, paintings, sculptures and works on paper. Featured artists include Diane Arbus, Edward Hopper, Stuart David, Berenice Abbott, Jim MacMillian and many more.