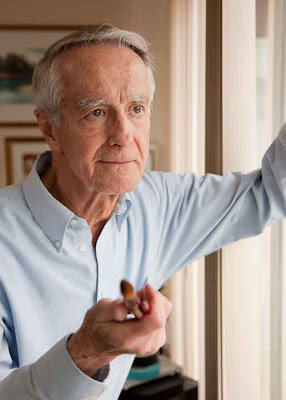 Robert Demarest has traveled the world chronicling Homer sites- his destinations have included Cuba, The North Sea Coast, Bermuda, and the North Woods Club in the Adirondacks. He has fished and painted where Homer fished and painted, and has uncovered many new facts about America’s favorite artist.

Demarest recently retired as head of the medical illustration unit and director of the Center for Biocommunications at the College of Physicians & Surgeons, Columbia University, New York, NY. His work has appeared in numerous medical textbooks, countless research papers, medical journals, and many popular magazines, such as the Reader’s Digest, Life, Newsweek, and Time.

When not painting watercolors Demarest can usually be found fly-fishing on his favorite streams, often in the Adirondacks. His love of watercolor painting and fly-fishing led him to study Winslow Homer and that started him on an odyssey that has consumed him for the past several years. He traveled to all the places that Homer visited throughout the western world, and painted and fished where Homer painted and fished. He has published a book based on his Homer research entitled Traveling with Winslow Homer.

The presentation will be held in the Auditorium at 7:30 p.m. The lecture will be offered at no charge to museum members- the fee for non-members is $5.00. For additional information, please visit www.adirondackmuseum.org or call (518) 352-7311.

One thought on “Traveling with Winslow Homer at Adirondack Museum”