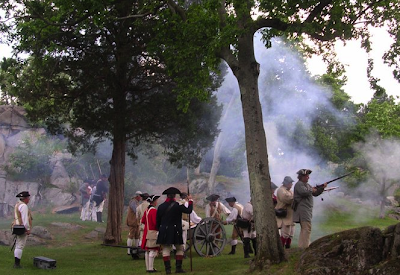 Stony Point Battlefield Historic will commemorate the 232rd anniversary of American Brigadier General Anthony Wayne leading a daring nighttime assault on the British garrison of Stony Point on Saturday and Sunday, July 16th and 17th, from 11 am to 4 pm.

The event will include an 18th century soldiers encampment and a free Saturday night Evening Battlefield Walking Tour at 8 pm. There is a $5 parking fee for Saturday and Sunday’s events, the Saturday evening tour parking is free. The site is located at 44 Battlefield Road, off Park Road on 9W in Stony Point, NY. For more information call 845-786-2521.

The Battle of Stony Point, one of the last Revolutionary War battles in the northeastern colonies was where Brigadier General Anthony Wayne led his corps of Continental Light Infantry in a daring midnight attack on the British, seizing the site’s fortifications and taking the soldiers and camp followers at the British garrison as prisoners on July 16, 1779.