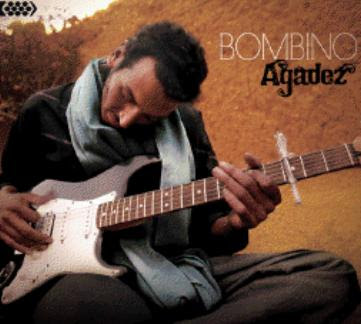 On Wednesday, July 20, 2011, John Brown Lives! (JBL!) is presenting “desert blues” musician, Bombino, live and in concert, at the Lake Placid Center for the Arts. Doors open at 7:00 p.m. for a 7:30 p.m. performance. Omara “Bombino” Moctar is a young Tuareg singer from Niger, Africa, on his first North American tour. He has received advance praise as a “guitar wizard” likened to Jimi Hendrix (KCRW), who plays “some of the most sublime guitar licks you’ll hear in 2011” (NPR).

The concert is an outgrowth of JBL!’s Dreaming of Timbuctoo Exhibition detailing a black settlement effort in the Adirondacks in the mid-1800s. It is also inaugurates the Timbuktu Sahara * Timbuctoo Adirondack Project, a cultural exchange initiative John Brown Lives! is developing to link schoolchildren and communities in the Adirondacks with a Tuareg village on the outskirts of Timbuktu, Mali. A share of proceeds from this concert will benefit the Scarab School in the desert village of Tinghassane.

The Tuareg, often called the “Blue Men of the Desert” by outsiders, are a nomadic people descended from the Berbers of North Africa. In his short life, Bombino, and many Tuareg, have endured drought, rebellion, tyranny, and exile. Fusing traditional rhythms of nomadic peoples of the Sahara and the Sahel with the drive of rock and roll and songs about peace, Bombino plays an influential role today in educating the Tuareg about the importance of the fragile democracy in Niger while maintaining their rich cultural heritage.

John Brown Lives! (JBL) is a freedom education project founded in 1999 to promote social justice through the exploration of issues, social movements and events, rooted mainly in Adirondack history, and their connection to today’s struggles for human rights.

For more general information, contact John Brown Lives! at [email protected] or 518-962-4758. To learn more about Bombino and the Tuareg, check out these links (1, 2).