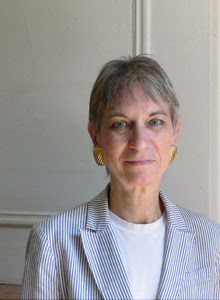 The Historic Districts Council, the citywide advocate for New York’s historic neighborhoods, has elected architect Francoise Bollack as the organization’s eighth president. Ms. Bollack is the first woman to serve as HDC’s President.

Francoise Bollack, AIA, is a registered architect with over 30 years of experience in architectural design, preservation and adaptive reuse. Born in Paris, France, Bollack was educated at the Ecole Speciale d’Architecture in Paris and the Ecole Nationale Superieure des Beaux Arts. In 1982 she founded Francoise Bollack Architects in New York City to provide high quality architectural services to private and institutional clients with socially meaningful programs.

Bollack’s goals as President of the Historic Districts Council are to &#8220strengthen connections with groups engaged in advocacy efforts in New York City, promote high quality design in historic districts, support good government measures and a fully funded LPC. We all love New York City,” Bollack says, “and we want to make sure that it functions and that the architectural and social value of its historic neighborhoods is celebrated.&#8221

HDC is currently celebrating its 40th Birthday this year, and a major part of its new programming is the “6 to Celebrate” program, created by Bollack. This is New York’s only citywide list of preservation priorities. Throughout 2011, HDC will work with these neighborhood partners to set and reach preservation goals through strategic planning, advocacy, outreach, programs and publicity.

Bollack has been an Adjunct Associate Professor of Historic Preservation at Columbia University since 1985, participating in the fall and spring studio and teaching “Design Principles for Preservation” then directing the expanded Fall Studio 1 “Understanding and Documenting Historic Architecture”. In 2009 she began teaching the seminar “Old Buildings – New Forms” based on her ongoing examination of cutting edge designs of additions to old buildings, world-wide: she is currently working on a book about this subject to be published by WW Norton in 2012.

Founded in 1971 as a coalition of community groups from New York City’s designated historic districts, the Historic Districts Council has grown to become one of the foremost citywide voices for historic preservation. Serving a network of over 500 neighborhood-based community groups in all five boroughs, HDC strives to protect, preserve and enhance New York City’s historic buildings and neighborhoods through ongoing programs of advocacy, community development and education.