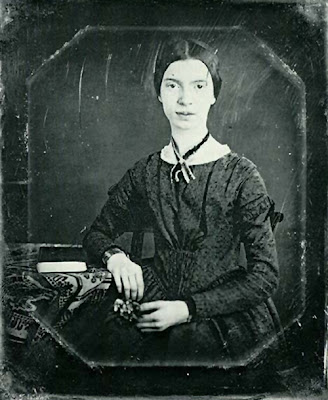 The Olana Partnership will present “To See a Summer Sky,” a one-woman theatrical performance based on the life of Emily Dickinson. Excerpted from William Luce’s play “The Belle of Amherst,” on Saturday, July 2 from 3:00-4:30 p.m. The performance will take place at Cosy Cottage, the first home of Hudson River School painter Frederic E. Church located in the historic farm complex at Olana State Historic Site.

The production, performed by Triple Shadow actress Mari Andrejco as Emily Dickinson, and directed by Beth Skinner, focuses on Dickinson’s quiet life of transcendent reflection. Dickinson’s poems were inspired by a circumscribed world of home, garden, and village of Amherst. Andrejco says the play is “created for family audiences and allows them to learn about Emily Dickinson as if they were living at that time period (1830-1886).”

Mari Andrejco trained with Sanford Meiser at the Neighborhood Playhouse in New York City. She has performed in Europe, Mexico, Egypt, and the United States. Andrejco has done stage acting, television, and video including appearing as Queen Elizabeth I and Susan B. Anthony for PBS. She has worked with Shakespeare and Company, Triple Shadow, and the Pleiades Company and has taught at the Institute for Arts in Education in the Albany schools.

Beth Skinner has premiered ten productions at La Mama E.T.C. in New York City with support from the theater programs of National Endowment for the Arts, New York State Council on the Arts and Massachusetts Cultural Council as well as grants from NEA Opera and NEA Presenting Program. The company has toured in Egypt, Italy, Hungary, Romania, Canada, and Indonesia and collaborated with artists from Japan, China, Korea, Hungary, Romania, Indonesia, Mexico, and Russia.

This program is made possible in part through support provided by public funds from the New York State Council on the Arts, a State agency- the Hudson River Bank & Trust Foundation- the Educational Foundation of America- the John Wilmerding Educational Initiative, and the members of The Olana Partnership.