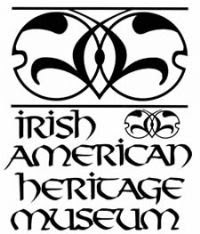 The Irish American Heritage Museum has announced that it is moving into a new home at 370 Broadway in downtown Albany, NY. The Museum is completely modernizing the ground floor of the historic 19th century Meginniss Building in what has been a gutted century-old space to transform it into a state-of-the art, year-round exhibit and educational facility that also will house its O’Dwyer Research Library.

“In celebration of our 25th year of meeting our educational goals and the vision of our late founding Chair of the Board of Trustees Joseph J. Dolan, Jr., the Museum is moving into a new year-round, multi-faceted and expansive exhibit facility that will allow us to host large numbers of visitors as well as school and public groups for exhibit viewing, lectures, and other presentations throughout the year,” stated Edward Collins, Chair of the Museum’s Board of Trustees. “Further, our new Museum facility will be more accessible to the general public and provide downtown Albany with new vitality.”

Collins said of the Museum’s decision to move into downtown Albany from its part-time, summer seasonal exhibit facility in East Durham, Greene County: “The Irish have played such a central role in the history of this great city and region, from literally building Albany – and surrounding cities, villages and towns – from the earth up to protecting these areas and their people, to leading the people in every aspect of life in Albany and the surrounding region. Name a profession, occupation, leadership position or community service, and the Irish have had a central role in Albany’s life and the lives of those throughout the great northeast. The Museum’s Trustees, especially the late Joe Dolan, value greatly this rich legacy and seek to pass it forward to new generations of New Yorkers and Americans.”

The Museum expects to formally open its new, renovated facility at 370 Broadway, Albany, in September. It will move from The Michael J. Quill Irish Cultural and Sports Centre in East Durham, Greene County, which owns the summer seasonal exhibit facility previously leased by the Museum on Rt. 145 in that hamlet- the Quill Center will assume residency in that facility. The Museum will continue to partner with the Quill Center through loans of its exhibits to the Quill Center.

Albany Mayor Jerry Jennings joined in lauding the Irish American Heritage Museum’s move to the city. In a statement, Mayor Jennings said, “This museum is an important part of our community, inspiring countless residents and visitors to discover the story and may contributions of the Irish people and their culture in America, and even learn a bit about their own heritage along the way.”

The Museum will be launching a new fundraising campaign to help it sustain its mission and to provide future Capital Region generations a sense of the importance of their own heritage compass – whatever their heritage legacy might be – to help guide them in their lives. “In an age when we are all connected to each other through the internet, cell phones and so many other electronic devices, we would serve younger generations well by helping them stay connected to their heritage,” Collins explained. “The Museum is committed to the basic tenet that preserving one’s heritage is vital to providing a cultural and historical foundation to future generations of Americans. To paraphrase the Pulitzer Prize winning historian David McCullough, ‘Our heritage is who we are, and why we are who we are.’“