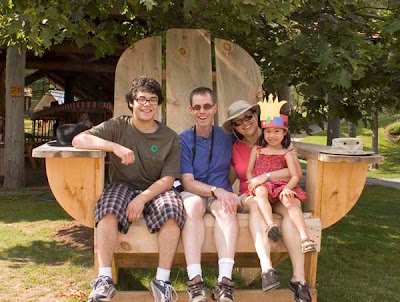 The Adirondack Museum at Blue Mountain Lake, New York will open for the 54th season on Friday, May 27, 2011. This season, the museum opens two new exhibits and also introduces a host of family activities and special events.

&#8220The Adirondack World of A.F. Tait&#8221 features paintings and prints depicting life in the Adirondack woods-images of hunters, sportsmen, guides, and settlers, that include a wealth of historical detail. Arthur Fitzwilliam Tait was the classic artist of Adirondack sport. From the objects Tait worked with to Currier and Ives prints and finished oil paintings, the exhibit showcases Tait’s artistic vision and skill and highlights the region’s beauty and character.

&#8220&#8216-The Adirondack World of A.F. Tait’ looks at the life and work of this most quintessentially Adirondack artist,&#8221 said Chief Curator, Laura Rice. &#8220This exhibition represents a rare opportunity to see some of Tait’s most important works, including a few from private collections which are rarely, if ever, on exhibit.&#8221

&#8220Night Vision: The Wildlife Photography of Hobart V. Roberts&#8221 focuses on the work of one of the nation’s most recognized amateur wildlife photographers in the first decades of the 20th century. The &#8220Night Vision&#8221 exhibit features approximately 35 original large-format photographs of Adirondack wildlife. Roberts’ cameras, equipment, colored lithographic prints, hand-colored transparencies, published works, and his many awards will also be exhibited. Roberts’ Adirondack wildlife photographs represent an important breakthrough in science and the technology of photography. His work has been published in Audubon Magazine, Country Life, Modern Photography, and The National Geographic Magazine.

The Adirondack Museum has planned a full schedule of family activities, hands-on experiences, special events, lectures and field trips for all ages. Programming for families in 2011 has expanded to include an Artist in Residence program, and a collaborative canvas where visitors can help paint an Adirondack landscape.

This summer, the museum has a special new event to kick-off summer for families -&#8221Familypalooza&#8221 &#8211 on July 9. Familypalooza will include a bounce house, music show by Radio Disney, kayaking and paddling demonstrations on the museum’s pond, costumed animal characters, food, face painting and more. Children age 17 and under will be admitted free of charge for the day. Families will also enjoy &#8220The Adirondacks Are Cookin’ Out!&#8221 &#8211 a tribute to food prepared with smoke and fire &#8211 on July 28, and Dog Days of Summer on August 6.

Two special exhibits will also return in 2011. The Adirondack Museum celebrates food, drink, and the pleasures of eating in the Adirondack Park in, &#8220Let’s Eat! Adirondack Food Traditions.&#8221 The exhibit shares culinary stories and customs, and a bit about local celebrity Rachael Ray. &#8220Common Threads: 150 Years of Adirondack Quilts and Comforters&#8221 includes historic quilts from the museum’s textile collection as well as contemporary comforters, quilts, and pieced wall hangings.

The Adirondack Museum has introduced some lower admissions prices for 2011. The admissions prices are $18 for adults, $16 for seniors (62 and over), $12 for teens (13-17), $6 for kids (6-12) and free for those 5 and under. Admission will be free for members and all active military every day. Reduced group rates are also available.

The museum is open May 27 through October 17, 2011, from 10 a.m. to 5 p.m., 7 days a week, including holidays. There will be an early closing on August 12, and adjusted hours on August 13- the museum will close for the day on September 9. Visit www.adirondackmuseum.org for more information. All paid admissions are valid for a second visit within a one-week period.