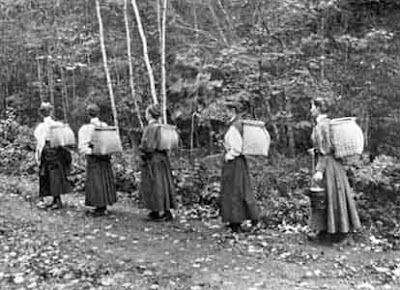 March 2011 marks the centennial celebration of International Women’s Day. Although women have long been dedicated and progressive history makers, their actions were slow to receive international attention. Adirondack Museum Educator Jessica Rubin will offer a presentation entitled &#8220Women and the Conservation Movement&#8221 as part of the museum’s popular Cabin Fever Sunday series on Sunday, March 27, 2011.

Rubin will discuss the role of women and female-centered organizations in the early conservation movement, excellent examples of historic female activism. Groups such as the National Federation of Women’s Clubs and individuals like journalist Kate Field and botanist Lucy Bishop Millington will be highlighted in the presentation to illustrate the unique ways women interacted with and advocated for the American wilderness at a time when most were confined to the &#8220private sphere.&#8221

Rubin will show that women were instrumental in the creation of state and federal conservation legislation and protections long before they had the right to vote. From the Adirondacks to California women were outspoken players in the national conservation crusade.

Held in the museum’s auditorium, the program will begin promptly at 1:30 p.m. Cabin Fever Sundays are offered at no charge to museum members or children of elementary
school age and younger. The fee for non-members is $5.00. Refreshments will be served. For additional information, please call the Education Department at (518) 352-7311, ext. 128 or visit the museum’s website.

Jessica Rubin holds a B.A. in Politics from the University of California, Santa Cruz and will receive a M.A. in Public History from SUNY Albany in the spring of 2011. She joined the staff of the Adirondack Museum in 2008. She previously taught at the Conserve School, a college-preparatory school with an environmental and outdoor focus in northern Wisconsin. Her love for and interest in the environment was greatly influenced by four summers of work in Yosemite National Park.